Haldiram's lands in controversy for Urdu packaging on namkeen 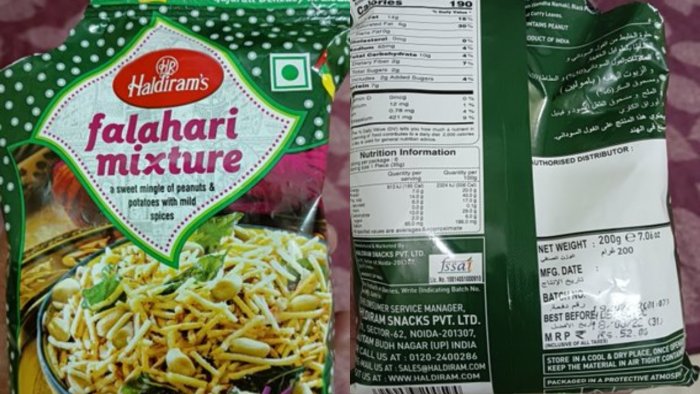 As the nation continues to witness ever increasing incidents adding to the siege of national discourse on objections to halal meat, the hijab and the Azaan, a newer incident has come up, only this time involving Sudarshan TV and a Haldiram's outlet.

The Sudarshan TV reporter repeatedly heckles the store manager, "What are you trying to hide? Why is some information written in Urdu?"

The store manager is seen saying, "You can do whatever ma'am, Haldiram's will not entertain such tantrums, when the reporter thrusts a mic into her face saying an Urdu script is "betraying Hindus who fast during Navratri".

Some also pointed out to Haldiram's that they should give the store manager a raise for standing up to the reporter. Some suggested the writing on the packet is Arabic and is there because it is exported to West Asia.

Suresh Chavanke, the Editor in Chief of Sudharshan News also hinted at a conspiracy. He claimed, "This is a snack for those who are fasting. But the description is printed in Urdu. So what does Haldiram want to hide? Is the food made in animal oil?

"Hindus who are fasting can't read this language and those who can read it are not the ones who are fasting. But interestingly, the Aloo Bhujia and the Salted Peanut packets don't have Urdu text."