France bans plastic packaging for most fruits and vegetables 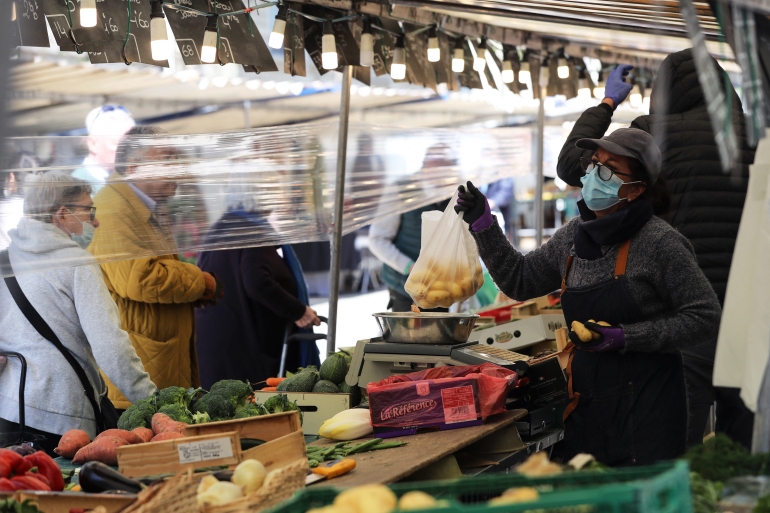 France has banned the use of plastics to package most fruit and vegetables.

The ban came into effect on Saturday under new regulations that French President Emmanuel Macron’s government says are meant to phase out single-use plastics as pollution worsens globally.

Under the new rules, leeks and carrots, tomatoes and potatoes, apples and pears and about 30 other items can no longer be sold in plastic. Instead, they should be wrapped in recyclable materials.

Plastic will still be allowed for more fragile fruits such as berries and peaches, but is to be gradually phased out in the coming years.

Magazines and other publications will also need to be shipped without plastic wrapping, and fast-food restaurants will no longer be allowed to offer free plastic toys to children.

Later this year, public spaces will also be made to introduce water fountains to reduce the use of plastic bottles.

The government says the new regulation is expected to eliminate about 1 billion items of plastic waste a year.

“It’s a bit schizophrenic because on the one hand, the French are very much aware of the need to reduce plastic use. There is broad support for not using so much plastic. At the same time, once you buy vegetables yourself, you realise that nothing has been done to find new ways of wrapping that stops the produce from decomposing too fast,” she said.

“The other thing is that this comes right in the time of COVID. And quite frankly, people were just happy not to have others pawing their vegetables, trying them and smelling them and buying or not buying them,” she said. “People do not know how exactly to take it. There’s pluses and minuses on this.”

France’s packaging industry meanwhile said it was dismayed by the new rules, particularly a ban on the use of recycled plastics.

“We were never consulted,” complained Laurent Grandin, head of the fruit and vegetable sector’s Interfel association.

He told the AFP news agency that the costs were “insurmountable” for small companies who would have to keep using plastic to protect exports, notably to the United Kingdom, a major client for French apples.

Elipso, an association that represents manufacturers, said in a statement that it has client firms “who will have to stop their fruit and vegetable packing activity, even though they have been working on alternatives using less plastic or recycled plastic for several years”.

Elipso and Polyvia, a union of 3,500 firms making packaging, have appealed to France’s State Council, which has jurisdiction over administrative disputes, against what they say is a distortion of European markets as the ban applies solely to France.

“It is estimated that in Europe, out of the eight million tonnes of plastic produced per year for single-use packaging, 1.5 million tonnes could already be removed,” he said.

“That represents about 70 billion units of single-use plastic packaging”, or “about seven billion euros ($7.9bn) of additional turnover potential for cardboard.”