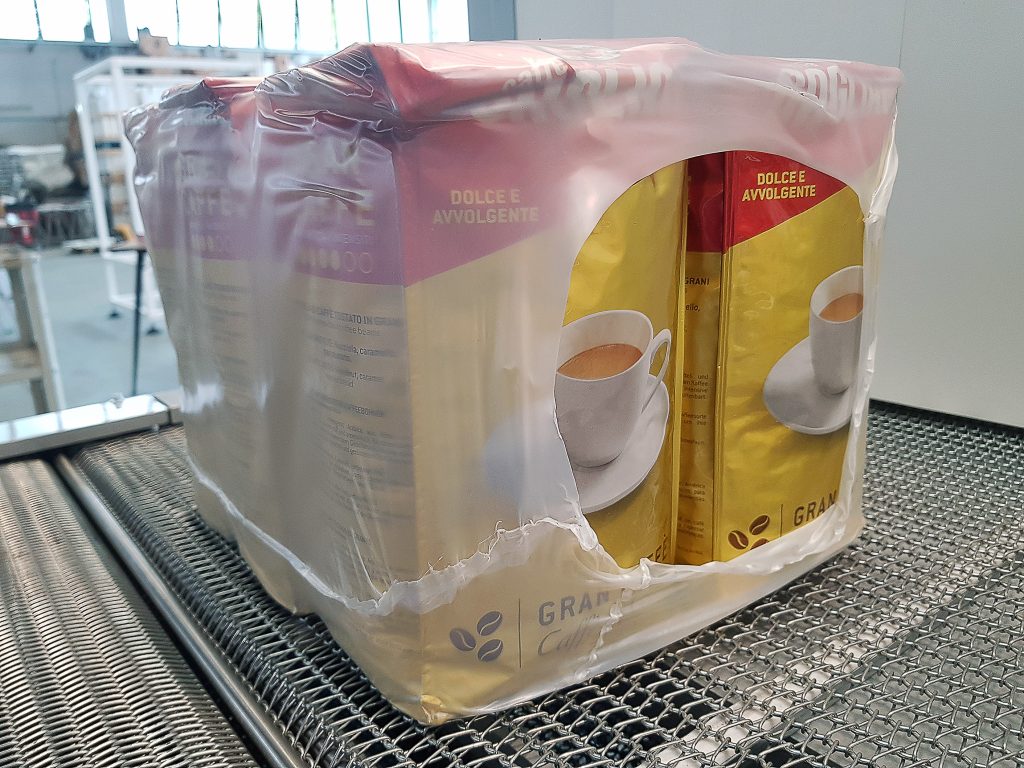 Microline also believes strongly in the use of new environmentally-sustainable materials. For this reason, it has partnered with Slovenian company Di Mucci d.o.o., an undertaking that boasts consolidated know-how in the development and manufacture of compostable film for packaging applications. The purpose is to study the machinability of the materials on machines intended for packaging.

The project: testing use under production conditions

As part of Microline’s commitment to research and development it works with a number of technological partners, including companies that design and manufacture packaging film. As the issue of sustainability becomes increasingly important to consumers and, consequently, to manufacturers, the Bologna-based company decided to run a series of tests on its machines aimed at verifying the handling and performance of environmentally-friendly packaging products. The project is part of the environmental policy that the company has been implementing for several years and that has allowed it to develop machines with a far lower environmental impact than the competition. As a matter of fact, Microline’s wrappers and bundlers do not generate trimmings, thus eliminating wrapping material wastage, translating into savings of between 20% and 30% compared to its competitors. Microline therefore chose Di Mucci, a leader in the development of compostable films with vast potential for use in the packaging sector, to develop a series of tests under different production conditions.

New materials as the frontier of sustainability

Materials research is one of the frontiers of packaging, particularly since environmental sustainability has become of paramount importance. In the specific case of compostable films, they have the advantage of not damaging the environment.

Vincentius-SuperPower: with OK HOME COMPOST certification issued by TÜV Austria, this is a revolutionary film that replaces conventional PE film in many applications. Derived from natural resources, such as sugar cane, cassava and corn, it decomposes into biomass, carbon dioxide and water under ambient conditions (30 °C) and can be disposed of with organic waste. In addition, it is also compostable in open-air landfills under ambient conditions (30 °C), without requiring a dedicated composting system. This characteristic makes it unique in the sector.

Vincentius-POF is certified for industrial composting and replaces conventional shrink-wrapping polyolefin (POF) and polypropylene film. It too is derived from natural resources such as sugar cane and farming waste. It is disposed of through anaerobic digestion, a biological degradation process that takes place in the absence of free oxygen. Degradation is caused by bacteria that obtain the oxygen required for their vital functions from biomass. The film’s biodegradation takes place in under three months, converting it into excellent natural compost, without leaving any residues or chemical substances harmful to the soil or human health.

Vincentius SuperPower and Vincentius-POF are perfectly compatible with the machines, thus guaranteeing a lower environmental impact.

As a matter of fact, the results were far more encouraging than expected: when tested for the packing and overpacking of different product ranges, including individual AFH-type rolls and bundled bags of coffee, the films proved to be perfectly compatible with Microline’s machinery range, with performance on a par with the equivalent plastic products in terms of mechanical strength, pack quality and the performance obtained. It was not necessary to make any hardware changes to the Microline machines, which only require a simple change of parameter settings on the HMI panel to be able to use the compostable films. This paves the way for the massive use of this type of film in the consumer packaged goods sector, and that of Tissue products for consumer or industrial use, and many more besides. Increasingly deeper knowledge of materials and their behaviour enriches the company’s know-how and can be an important aspect to be shared with customers.