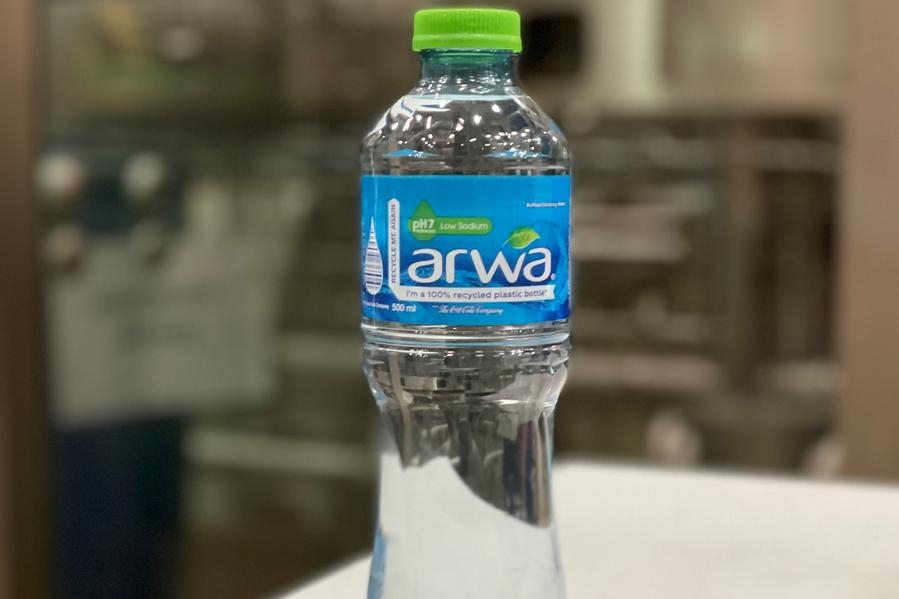 Aligning with the SC’s key initiatives on responsible plastic recycling, Coca-Cola Middle East’s pilot of 100% rPET bottles marks the first time the packaging will be in circulation at a FIFA World Cup™ tournament and serves as Coca-Cola’s debut in locally producing 100% rPET bottles in the region. As part of this pilot initiative, 350ml Coca-Cola, Sprite and Fanta bottles, plus 500ml Arwa water bottles, will be available in 100% rPET packaging.

Eng. Bodour Al Meer, the SC’s Sustainability Executive Director, said: “In addition to our One Tide program, the pilot of Coca-Cola Middle East’s 100% rPET bottles will significantly reduce the impact of single-use plastics and aligns to our concerted efforts to leave a sustainable legacy long after the FIFA World Cup 2022.”

Tolga Cebe, Vice President & General Manager Middle East, The Coca-Cola Company, said: “Piloting the 100% rPET bottles for our Coca-Cola, Sprite and Fanta beverages and Arwa water during the tournament marks a major milestone for our operations in the region. It is an important step towards our global World Without Waste ambition to collect and recycle a bottle or can for every one sold by 2030. For Coca-Cola Middle East, this is part of a journey, and we aim to continue to champion waste collection projects and minimize our impact through local partnerships and initiatives.”

In addition to the 100% rPET bottles, Coca-Cola Middle East has placed dedicated recycling bins across FIFA World Cup 2022™ venues and will educate the 20,000+ volunteers and 1 million+ fans on responsible recycling through its on-ground and on-screen communication, ensuring recyclable plastic waste is placed in the right bins for further repurposing.

The SC is also proud to announce that plastic bottles segregated and collected during the tournament will be recycled and converted into rPET bottles in-country, effectively closing the loop and leaving behind a green legacy – one of the SC’s key objectives. This was greatly supported by Coca-Cola Middle East’s efforts.

Through this initiative and the SC’s One Tide program, Qatar is taking great strides to reduce the amount of plastic waste generated in the country and across the region.

“Our immediate objective is to raise awareness of this issue and help people in Qatar – and globally – reduce their reliance on single-use plastics and encourage sustainable behaviors,” Al Meer added.

The Coca-Cola Company has had a long-standing relationship with FIFA since 1976 and has been an official sponsor of the FIFA World Cup™ since 1978.