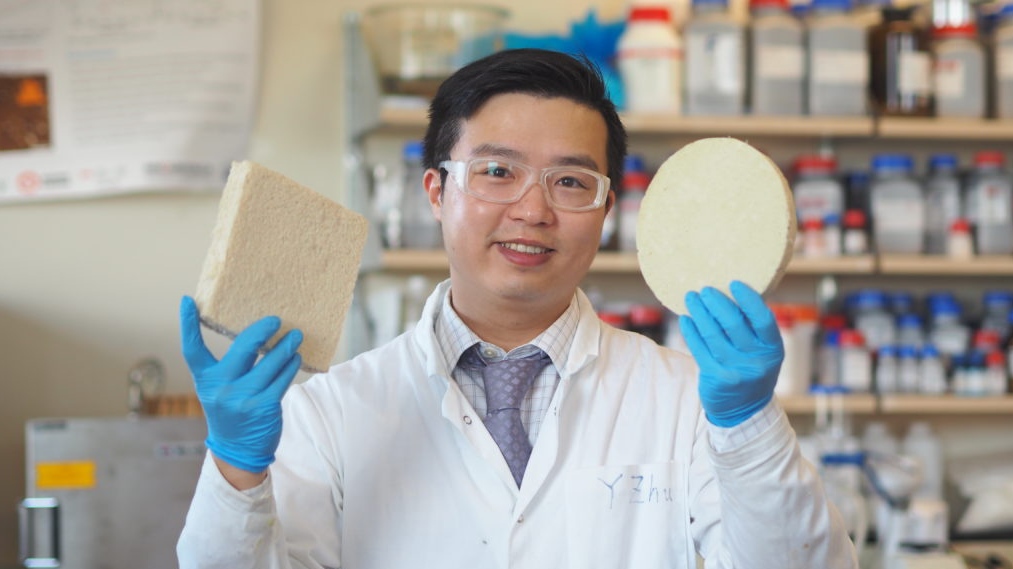 Millions of packages are delivered across the country each year, with Canada Post delivering around 361 million parcels in 2021 alone, according to the latest federal data.

Dr. Feng Jiang, an assistant professor in the UBC faculty of forestry and the Canada research chair in sustainable functional biomaterials, says research for the project began  years ago while he was exploring new uses for food waste, as well as ways to reduce pollution from packaging foam.

“Styrofoam waste fills up to 30 per cent of global landfills and can take more than 500 years to break down,” Jiang said in a UBC statement.

The biofoam can break down into soil in two weeks, and making it requires little heat and chemicals. It can be used to replace packaging foams, packing peanuts and even thermal insulation boards.

Aside from reducing plastic waste, the new packaging also repurposes wood waste that is leftover once trees are harvested.

“Less than 50 per cent of harvested trees are used in the wood industries—the rest is left behind in the forest, serving as potential fuel for devastating wildfires,” Jiang said.

The creation of the biofoam also features a partnership between UBC and Wet’suwet’en First Nation band.

“When I met Dr. Jiang, I knew we wanted to work with him on this journey of creating the Wet’suwet’en forest bioeconomy, so that we could use what’s left of our forests, and maybe also be able to help other communities—including the fin species and four-legged animals,” said Reg Ogen, the president of Yinka Dene Economic Development.

Ogen says the Wet'suwet'en were trying to create a new economy out of what was left of the forest in the wake of wildfires and damage by the mountain pine beetle epidemic in the 1900s and early 2000s.

“The amount of timber available for harvest in the next 20 to 60 years was significantly reduced. I have often asked why, when trees are harvested, up to 50 per cent of the tree is left behind to just burn,” he said.

Now, two years after Jiang and Ogen met, the pair is planing to open a pilot biofoam plant in B.C.