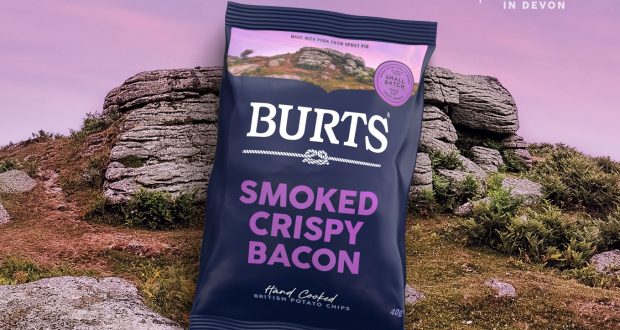 The brief included evolving the logo, the core crisp ranges and NPD, as well as brand partnership limited editions with the likes of the RNLI.

The packaging features photography of Devon’s farmland and landscapes, a reflection that Burts Chips made in Devon, while its seasonings feature ingredients locally sourced from independent businesses like Spoilt Pig Farm, Quicke’s Cheese and South Devon Chilli Farm.

Dave McNulty, chief executive at Burts, said: “We are absolutely thrilled at Burts with the new packaging. The design looks truly amazing, and we have already received a universally positive reception so far. It’s recognisably Burts, but communicates so much more than the old design, ensuring that consumers get a sense of exactly who we are.”

Anthony Biles, creative and strategic director at Biles Hendry said: “The new logo and packaging reflect Burts’ care and craft, with care and craft in the design. Burts goes to great lengths to ensure their snacks are the best tasting and of the best quality: they are real experts. What comes across is how much they genuinely care about their consumers, their suppliers and their own team; and the importance to Burts of their Devonshire roots.”