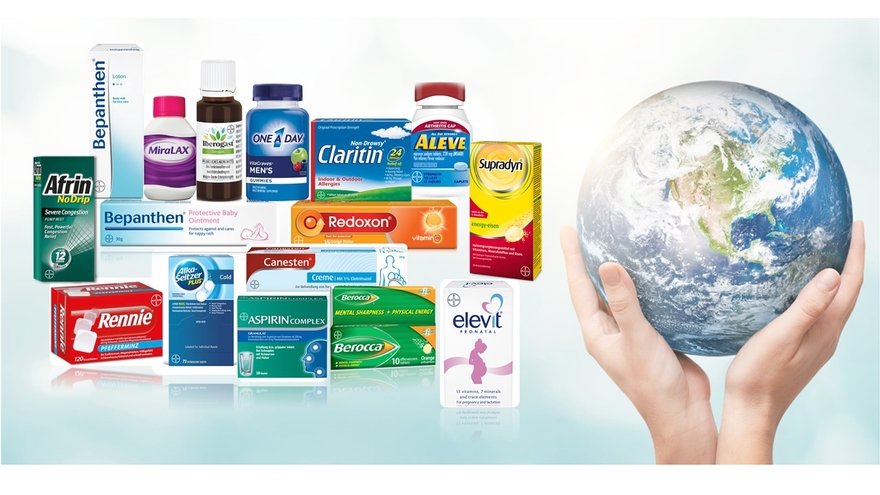 Bayer promised in 2019 to do its part to mitigate global warming, with a pledge to be climate neutral by 2030 and net zero for greenhouse gas emissions by 2050.

Now, its consumer health division is getting specific, with a 100 million euro plan that includes moving to green packaging for all of its over-the-counter drugs and supplements.

The investment equals 2% of the division’s sales and will help drive sustainability while using the company’s products to “create a world where people can live healthier lives,” the pharma, consumer health and crop science conglomerate said in a news release.

That includes moving to 100% recyclable or reusable brand packaging by the start of the next decade for all consumer health products, which include vitamins and OTC pain, allergy and cold medicines.

In Teligent's case, the company is recalling two lots of topical lidocaine solution after companies testing the drug received superpotent results at the nine-month and 18-month stability time points. The company faced similar problems in September, and it had a number of run-ins with the FDA prior to that.

The company also wants all brand packaging to be made from an average of 50% recycled content and all purchased paper to be sustainably sourced by 2030.

“We’ve been doing quite a bit behind the scenes to work on our products and start to transition, but this really sets it out with a clear road map,” said Daniella Foster, global vice president and head of public affairs, science and sustainability.

For instance, by the end of this year, all shipping boxes will include 80% recycled content. Bayer also began using paper from responsibly managed forests for some global brands, including allergy med Claritin and pain reliever Aleve.

The company will also invest in energy efficiency projects and increase its use of renewable energy to continue reducing carbon emissions, which it said already fell 30% between 2019 and 2020. And it vowed to work with competitors to collectively address the climate problem.

“No single entity can win the fight against climate change,” Heiko Schipper, president of Bayer’s consumer health division, said in a statement.

The announcement comes weeks after Bayer joined other consumer health companies to sign an industrywide pledge to lessen the environmental impact of self-care products.

While Bayer’s pharma division is moving toward similar goals, Foster said prescription packaging is different in that it's “primarily oriented towards function.” So to transition, “they’ll have a bit of a longer time frame,” she explained.

Bayer is one of several drugmakers that have made similar environmental pledges in recent years. AstraZeneca earmarked $1 billion to get to zero emissions by 2025, while Novartis and GlaxoSmithKline promised carbon neutrality by 2030. Biogen, meanwhile, is in the midst of a $250 million initiative to eliminate fossil fuels by 2050.