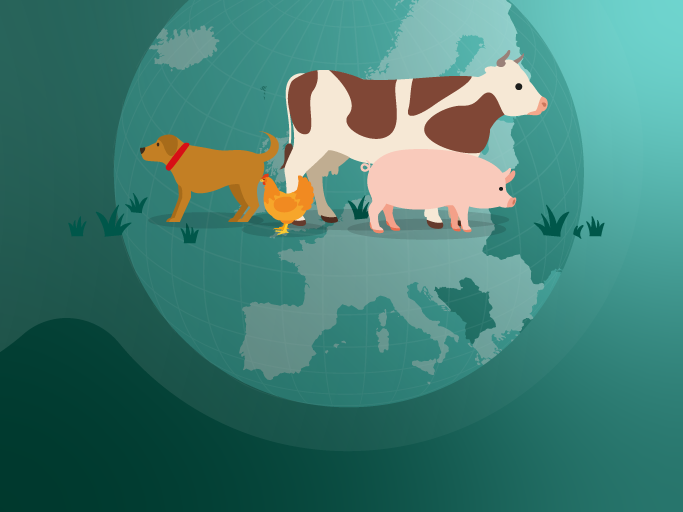 Also, total sales of certain veterinary antimicrobial agents belonging to antibiotic classes that are considered critically important in human medicine noticeably decreased between 2011 and 2018. These classes include antibiotics used to treat serious infections in humans caused by bacteria resistant to most other antibiotic treatments. Sales of third- and fourth- generation cephalosporins dropped by 24%, polymyxins dropped by 70%, fluoroquinolones decreased by 4% and sales of other quinolones dropped by 74%. The use of these antibiotics in animals should be restricted to mitigate the risk to public health, according to the Antimicrobial Advice ad hoc Expert Group (AMEG) categorisation.

“The steady decrease in sales of veterinary antibiotics over ten years shows that Europe is on the right track to fight antimicrobial resistance,” said Ivo Claassen, Head of EMA’s Veterinary Medicines Division. “EU guidance and national campaigns promoting prudent use of antibiotics in animals are having a positive effect.”

The ESVAC report presents data from 30 countries from the European Economic Area and Switzerland. All participating countries voluntarily provided information on sales of veterinary antibiotics for 2018. Contribution to the ESVAC project has grown substantially, from nine countries in 2010 to 31 countries in 2020. Of these, 25 countries presented data for the full 2011-2018 period.

Since its inception, the ESVAC project has coordinated and supported European countries in establishing the collection of standardised and harmonised sales data of veterinary antibiotics and has contributed to improve the quality of these data. Data on veterinary antibiotics sales have been used to inform multiple risk assessments and scientific opinions on antimicrobial resistance. These data have provided valuable information on the magnitude and trends in sales of antibiotics considered of high importance to public and animal health.

As of this year, each of the 31 countries have a separate section to better highlight changes in sales by antibiotic class and provide data interpretation by country. Some countries have described their main activities to combat antimicrobial resistance and how these activities have contributed to the observed changes in sales in their country. These measures include national action plans to reduce the occurrence of antimicrobial resistance, national campaigns for prudent use of antibiotics in animals, sales targets, restrictions on use of certain antimicrobials in food-producing animals, or measures to control prescription of antibiotics in animals.

The ESVAC project was launched by EMA in April 2010 following a request from the European Commission to develop a harmonised approach to the collection and reporting of data from EU Member States on the use of antimicrobials in animals. The ESVAC report is published annually and is used as a reference and guidance by scientists, veterinarians and other health professionals, risk assessors and policy makers in the EU Member States.