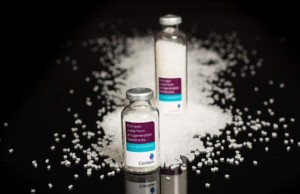 Total Corbion PLA officially launched its operations to produce and market Poly Lactic Acid (PLA) polymers. PLA is a biobased and biodegradable polymer made from annually renewable resources. As announced by parent companies Total and Corbion last November, the new company is a 50/50 joint venture based in the Netherlands. Total Corbion PLA’s polymerization plant, with a capacity of 75,000 tons per year, is currently under construction at Corbion’s site in Thailand. The plant start-up is planned for the second half of 2018 and will produce a full range of Luminy® PLA neat resins: from standard PLA to specialty, high heat resistant PLA. Corbion’s existing lactide plant has been transferred into Total Corbion PLA, as well as the existing Corbion bioplastics commercial and technical teams, who will continue to market lactide and PLA resins and support current and future customers. Stéphane Dion, newly appointed CEO of Total Corbion PLA, stated: “In the fast-growing bioplastics arena, our new company is committed to supplying a versatile and innovative material that is both biobased and biodegradable, bringing added value to customers and contributing to a more sustainable world for ourselves and future generations.”