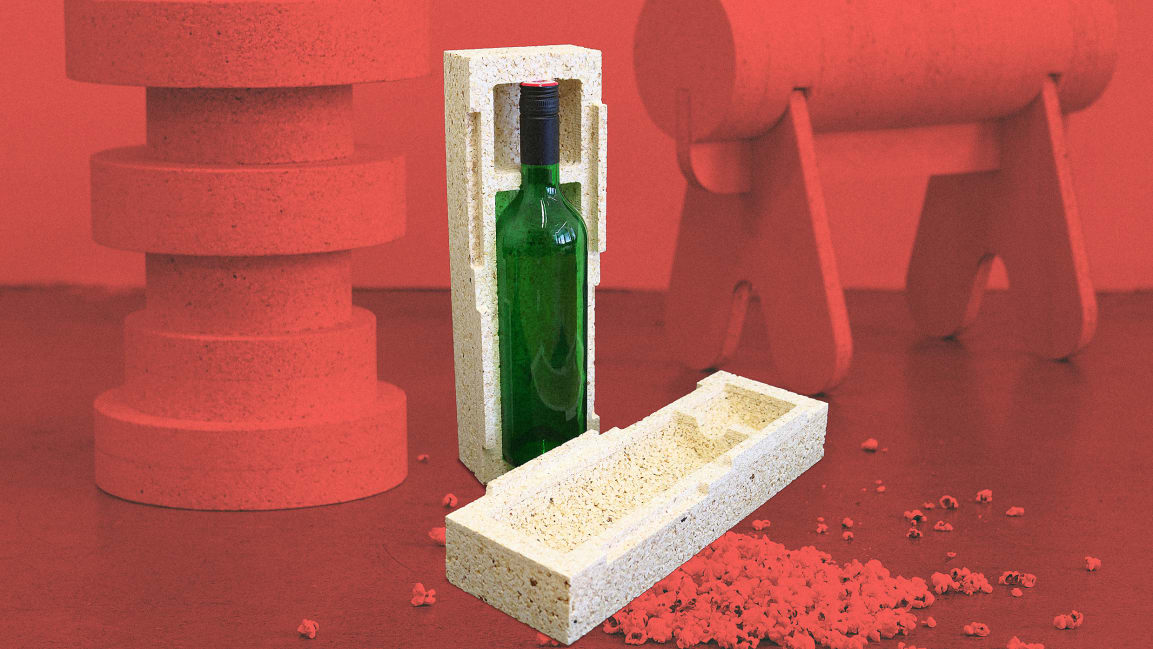 Those bits that come inside your packages are called peanuts, but of course they are made from polystyrene, not anything natural. But what if we could send things packaged in popcorn—the actual food, not another plastic-derived counterpart—instead?

That’s the hope of researchers at the University of Göttingen in Germany, who have developed the plant-based packaging and are already in talks for its commercial use. Whereas polystyrene-based packaging like Styrofoam takes centuries to break down and is made from nonrenewable fossil fuels, popcorn is easily renewable, biodegradable, and could even be composted at home.

The idea to use popcorn as packaging first came to Alireza Kharazipour, head of the research group that developed the packaging and a professor at the university’s Faculty of Forest Sciences and Forest Ecology, when he was at the movies. “In the dark, the popcorn felt just as light as styropol foam balls,” he says. “The next day I bought corn and made popcorn at home in a pot.” Eventually, those experiments moved into the lab at the University of Göttingen.

Styrofoam is such good packaging material and insulation because it’s made of 95% air, but it’s still especially harmful to the environment. Foam polystyrene is made from petroleum, is difficult to recycle and often not even accepted by recycling programs, and can take centuries to decompose, breaking down into microplastics that threaten wildlife and environments along the way.

But just like polystyrene, popcorn is filled with air too. Kharazipour and his research group use crushed corn, made from the inedible by-products of cornflakes production, and use a steam process to expand that crushed corn into what the researchers call “granulated” popcorn. “The products are very light because popcorn granules are filled with air like honeycombs,” Kharazipour says. “When grain maize expands into popcorn, the volume increases by 15% to 20%.”

The popcorn packaging can be made with these by-products, or from corn grown anywhere. Using different molds, the popcorn can be turned into various packaging shapes. The researchers also coated the expanded popcorn in a thin layer of bioplastic so that the packaging is water-repellent. The result, Kharazipour says, is a packaging material that is just as strong as polystyrene but can be easily cut with a circular saw and can be reused, shredded down, or composted at home.

Each year, the U.S. alone produces about 3 million tons of polystyrene, mainly for packaging and food service items, according to environmental consultant Green Dining Alliance. Across the world, packaging is the biggest purchaser of plastics, accounting for about 40% of total plastic usage. Not all of that is polystyrene or Styrofoam-like packaging, but Kharazipour and his research team hope they can make a dent in what is. The university has already entered a licensing agreement with a grain and cereal company called Nordgetreide for commercial use of the popcorn-packaging making process, and is working on manufacturing various popcorn packaging products. It’s a step toward creating, as Kharazipour says, “a clean environment free of plastic-based products.”