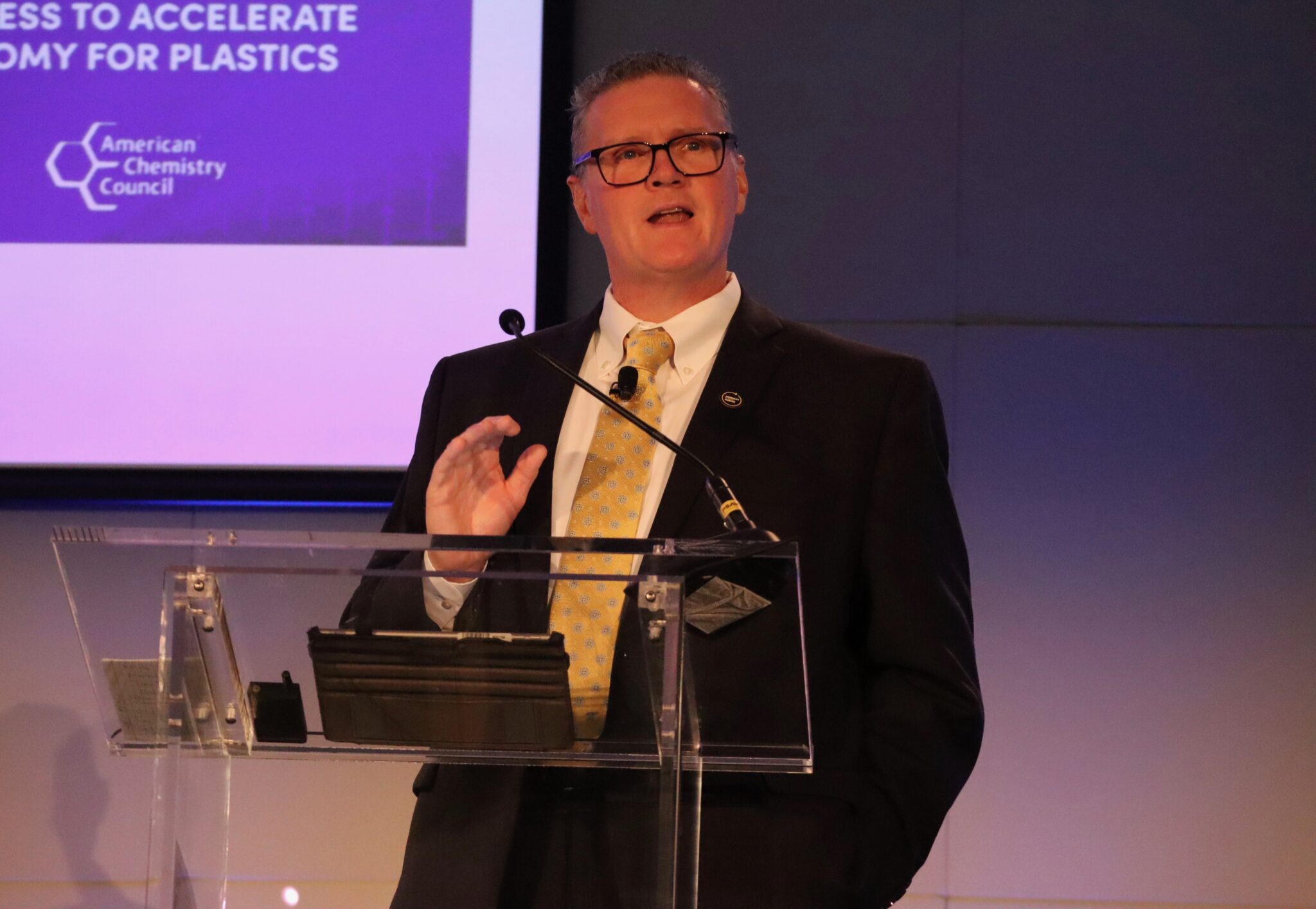 CHICAGO—Plastics executives embraced climate solutions at a major industry conference here last week and said they were betting on “advanced recycling” as a green response to the plastic waste problem, despite market headwinds and growing opposition from environmentalists.

But their version of climate solutions involves making and using more plastic products, and their push for advanced recycling—also known as chemical recycling—will require industry-friendly legislation and subsidies, company officials said at GPS + PEPP, the industry gathering put on by a Dow Jones Company, Chemical Market Analytics by OPIS.

For too long, the plastics executives acknowledged, their industry has been a “linear” economy, in which plastic products are made from fossil fuels and then end up as litter or waste in landfills, waterways and incinerators. In the United States, less than 6 percent of plastic waste is recycled.

The alternative, they said, is a “circular” plastics economy that produces little or no waste once various plastic waste products are heated and treated with chemicals that turn them into fuels or new plastic feedstocks, although the processes for doing this are new and, so far, largely unproven.

“We are transforming from a linear to a circular economy,” said Nestor de Mattos, a vice president at Dow, the global chemical giant. “A smooth transition will be key to our success.”

He said the industry is looking for “regulatory certainty,” especially around chemical recycling.

“The only reason,” de Mattos said, “a company like Dow will invest” in a circular economy is if there are policies to support advanced recycling. Without them, he said, it would be hard to reach their goals.

As he and other industry representatives described their vision for such a circular economy, former New York Mayor Michael Bloomberg, a billionaire businessman, climate hawk and philanthropist, announced a major initiative to target plastics manufacturing, having already spent more than $500 million to fight coal and natural gas plants.

The plan, Bloomberg Philanthropies said, is to spend $85 million moving the United States “beyond petrochemicals,” including plastics manufacturing.

Bloomberg said the initiative would also fund efforts to establish stricter regulations for existing petrochemical plants to safeguard the health of communities near petrochemical facilities.

“Petrochemical plants poison our air and water—killing Americans and harming the health of entire communities. And with many heavily-polluting new projects planned around the U.S., we’re at a critical moment for stopping them,” said Bloomberg, who also holds the title of U.N. Secretary-General’s Special Envoy on Climate Ambition and Solutions.

“Communities around the country are standing up to confront the petrochemical industry and defend their right to clean air and water,” Bloomberg said. “This campaign will help ensure more local victories, support laws that protect communities from harm, and reduce the greenhouse gas emissions that are fueling the climate crisis.”

A Solution to Climate Change?
Inside a dimly lit conference room at the Raddison Blu Chicago hotel, speakers described the plastics industry as anything but an environmental health menace.

“It’s time for the industry to keep talking about not only are we against (plastics) bans, but what we can say ‘yes’ for,”  said John Thayer, senior vice president of sales and marketing for NOVA Chemicals, a plastics manufacturer owned by Mubadala Investment Company of the Emirate of Abu Dhabi, United Arab Emirates.

And that, he said, includes defending plastics as a solution to climate change. Thayer cited a recent report from the consulting firm McKinsey & Co. that found in 13 of 14 applications it analyzed, plastics had a smaller carbon footprint than nonplastic alternatives, like paper, glass and wood.

Environmentalists say such life cycle analyses can be misleading and inaccurate because there are no widely agreed upon methods or standards for evaluation. Plastics, they note, are made from fossil fuels, which drive climate change.

The International Energy Agency has called plastics and petrochemical production “the blind spot” of the global energy system, with those sectors set to account for more than a third of the growth in world oil demand through 2030, and nearly half the growth through 2050, as well as spurring new natural gas production.

Other reports have found plastics production is actually replacing coal as a major climate threat.

Beyond Plastics, a group working to end plastic waste has found that the U.S. plastics industry, as of 2020, was responsible for at least 232 million tons of carbon dioxide emissions per year—equal to the average emissions from 116 average-sized (500-megawatt) coal-fired power plants.

Hearing ‘A Plea to Fix the Problem’
With legislation, details matter. Some of the industry’s lobby efforts—for example, the American Chemistry Council touts legislative wins in 20 states to support advanced recycling—have been rebuked by environmental advocates.

States like Maine, Oregon and California have passed extended producer responsibility legislation aimed at getting the plastics industry to help pay to deal with plastic waste. De Mattos, with Dow, did not dismiss such laws outright but instead said the plastics industry needs to work with lawmakers to make sure they are fair to the industry.

Some speakers acknowledged the public is upset about plastic waste.

“What I hear is a plea for us to fix this problem,” said Roberto Fontanillas, vice president and general manager of Envision Plastics, a mechanical recycling company.

Judith Enck, founder and president of Beyond Plastics, did not attend the conference, which was held Sept. 20-22. But in an email, Enck, a former Environmental Protection Agency regional administrator, said the industry is feeling the pressure but is still in denial about the seriousness of the health, climate and environmental issues posed by plastics.

“They know the public wants action to reduce plastics so they are advancing very weak EPR bills that in the end will not reduce plastics,” Enck said. “They have misled the public about recycling for decades and people have figured it out. The future of plastics is not bright.”

Not the Easiest of Times

Despite the industry’s upbeat prognostications, presentations at the conference often came with an apology for bringing bad news to North American plastics producers—and an occasional nudge that the industry needs to do more to clean up its act.

Clearly, these are not the easiest of times. The industry must contend with high energy prices, a glut of plastic production, the Russian war against Ukraine, a disrupted Covid-19 supply chain, shipping woes, a forecast of lower-than-anticipated growth in demand and a global glut of plastic waste.

“Now, with regions teetering on recession, the downturn is here,” said Nick Vafiadis, the vice president of plastics for Chemical Market Analytics, focusing on the economic outlook. “How long will it last? How deep will it go?”

The key, he said, will be China, “the engine that drives the word,” which sharply dampened its own plastics demand with severe lockdowns from Covid-19 of in many of its big cities. China now expects to rapidly add as much polypropylene output as 60 percent of all U.S. production of this basic plastics building, adding to an oversupply and suppressing prices.

The industry’s changing economic outlook could slow the growth of new plastics manufacturing plants in the United States.

A few years ago, the Trump administration was urging that several new major plastics plants be built in the United States, in Louisiana and Texas, and in the Ohio River valley. Some of those proposed plants have stalled out, conference speakers noted. After a Bayport Polymers plant in Bayport, Texas, and the Shell plant near Pittsburgh start up this fall, one analyst said that could be it for new major plastics manufacturing plants for a while.

“It would not surprise me if nothing else was built here for the next decade,” said Joel Morales, vice president of polyolefins for Americas for Chemical Market Analytics. He specifically called out the $9.4 billion proposed Formosa Plastics complex to be located 55 miles west of New Orleans as “challenged.”

Citing a litany of failures by Louisiana environmental regulators, including their analyses of environmental justice and climate impacts, a state judge last week tossed out the company’s out air permits for a giant plastics manufacturing complex.

Is Pyrolysis a Fancy Name for Burning Plastic Waste?

Still, industry analysts and other speakers at the GPS + PEPP conference found plenty of room for long-term growth of plastics, as companies build chemical recycling into their business and sustainability plans.

Pyrolysis is among the chemical recycling technologies getting the most attention, much of it unflattering as companies struggle to overcome the challenges of converting complex and mixed-waste plastics into feedstocks for new plastic products.

Earlier this month, Inside Climate News reported on one such plant in Indiana, owned by Brightmark, that’s struggled to start up. In a document Brightmark filed in December with the Environmental Protection Agency, the company acknowledged that just 20 percent of the plant’s output is its primary product—what it described as fuels. Most of the rest, 70 percent, is the synthetic gas that the company said is combusted with natural gas to generate heat, with 20 percent of that “syngas” burned away in a flare. The rest is a land-filled waste product called char, according to the filing.

It’s numbers like those that have prompted critics to argue that chemical recycling is little more than another way to burn plastic waste, with a huge carbon footprint and potential health risks to plant workers and neighbors.

Brightmark says it is re-analyzing its own numbers. 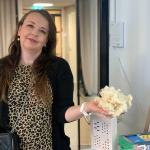 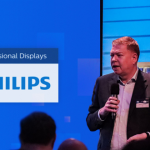 PPDS to slash energy costs and reduce packaging use 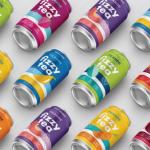