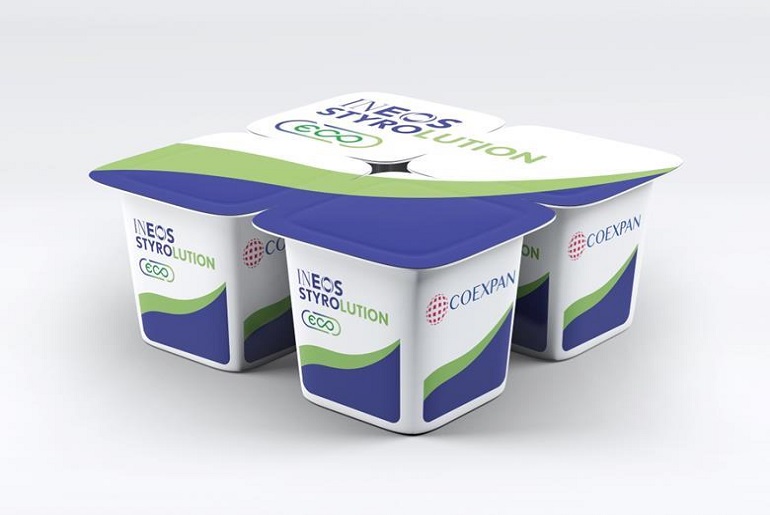 The Styrolution PS ECO 440FC MR100 material used in the trials – which involved both European and American markets – was produced and tested at INNOTECH innovation and technology centre to be suitable for food contact, according to the company. It also asserts that its findings prove polystyrene to be ‘the shortest path to circularity for existing market applications’, as well as being the most appropriate material to package dairy products.

“It is a massive achievement to be able to confirm the success of this exercise,” says Gonzalo Sanchez, head of recycling at COEXPAN, “and the results speak for themselves. Many brand owners want the polystyrene journey to continue, and we now have the proof that mechanically recycled polystyrene offers a solution for their food contact applications.

“This will allow customers to concentrate on their core business rather than looking for alternative materials requiring changes to existing processes and investments into new equipment.”

Dr. Frank Eisenträger, product director Polystyrene EMEA, adds: “We have expected for quite some time that polystyrene is an ideal material for the circular economy. Now we have the proof that it is indeed one of the best, if not the best recyclable polymer.

“In fact, polystyrene is all set now to enjoy the highest recycling rates of all polymers. I expect the quality of the mechanically recycled polystyrene to be so convincing that we will see applications that moved on to other materials switch back to polystyrene as new recycling capacities come online.”

Styrenics Circular Solutions previously warned that the EU’s draft regulations surrounding recycled plastics may interfere with existing standards surrounding food-contact polystyrene, but remained optimistic that recycling efforts would continue regardless. Indeed, it recently claimed to have developed a recycling process for foamed and extruded polystyrene trays in the hopes of closing the loop on polystyrene recycling.