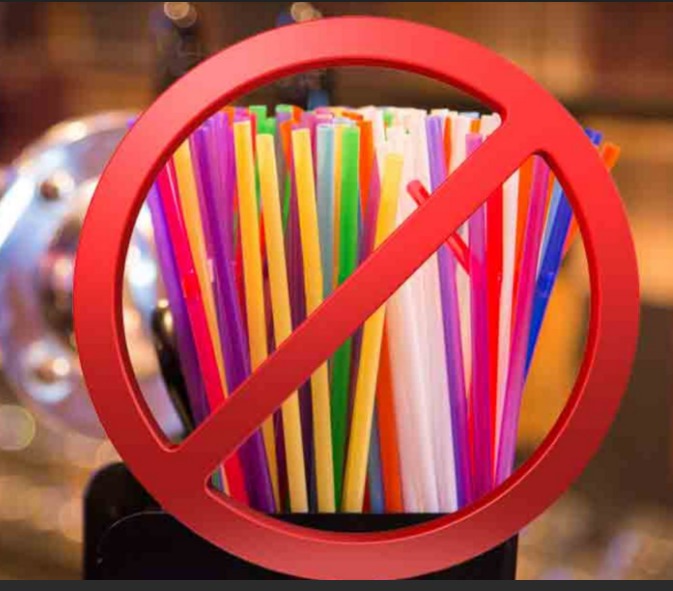 Indian Prime Minister Narendra Modi has a reputation for imposing policies suddenly on an unprepared nation, but when he pledged in 2019 to eliminate single-use plastics, food and beverage makers had years to prepare. When the first tranche of items was banned this month, they weren’t ready.

Plastic straws are attached to many of the ubiquitous Tetra Paks of juices and other beverages sold in the country. With 19 single-use plastic items banned from July 1, including the straws, companies including Dabur India Ltd. and Parle Agro Pvt., one of the nation’s largest beverage makers, have been racing to replace them with imported paper versions. Vendors say the change has created a shortage and some stocks of soft drinks boxes have run out.

Modi’s 2019 pledge to eliminate single-use plastics by the end of 2022 set the most ambitious goal in Asia-Pacific, according to Ilhan Savut, analyst at BloombergNEF. The government has repeatedly said that industry has had time to prepare for the change. But the challenge for industry to meet the deadline has been complicated by the lack of domestic alternatives and the pandemic, which snarled supply chains, increasing competition among global buyers.   Also Read: List of single-use plastics items now banned in India

“The industry is being forced to import at a time when costs are soaring and there are huge disruptions in shipping globally,” said Schauna Chauhan, chief executive officer of Parle Agro in an email.

Modi’s goal is part of a growing global attempt to eliminate one of the biggest environmental scourges on the planet. Of the 380 million tons of plastic produced each year, about half is for single-use items like packaging, cutlery and straws. At least 14 million tons of plastic gets swept into the oceans each year. But even rich nations are struggling to eliminate the problem. US consumers throw away at least 170 million plastic straws each day by one estimate, despite several cities banning or restricting their use. In India, around 88,000 companies produce single-use plastic products, employing about 1 million people, according to Kishore P. Sampat, president of the All India Plastics Manufacturers Association.

Plastic straws have become a prime target for many governments because for most people they are unnecessary. Even so, in India, as in many other countries, they have become ubiquitous, and even part of the packaging for a drink, such as with small beverage boxes that require a straw to puncture the container. As a result, many companies are seeking alternatives rather than redesigning the boxes. Dabur switched to imported paper straws and began attaching them to its low-cost Real juice packs in June, according to Shahrukh Khan, executive director of operations.

Beverage manufacturers in India use around 6 billion straws annually and “the domestic capacity for paper straws is zero,” said Praveen Aggarwal, CEO of Action Alliance for Recycling Beverage Cartons, an association of leading beverage makers. At present, Indian manufacturers of biodegradable plastic only have capacity to meet up to 8 per cent of demand and beverage companies won’t be able to import more than 20 per cent of the amount they need, Aggarwal said.

For the few Indian startups that do make alternatives to plastic straws, business is booming. Evlogia Eco Care Pvt. makes straws from coconut palm leaves, mostly for export or high-end resorts and restaurants because they cost more than five times as much as a plastic straw. But since the ban, domestic interest has soared with customers increasing the size of orders as much as fivefold and new enquiries pouring in.  Demand “is 10 times our production capacity,” said co-founder Manigandan, who uses one name. “This is just from our existing customers. We don’t do any marketing.”

Manigandan is trying to increase automation to boost output, but such plant-based alternatives to plastic are still only a tiny proportion of total sales. “While some state regulators have permitted use of biodegradable plastic straws and paper straws, the infrastructure for producing these straws at scale is non-existent in India today,” said Dabur’s Khan.

The switch to imported paper straws could add  between 0.25 rupees and 1.25 rupees (2 cents) to the cost of each unit, according to a report by Kotak Institutional Equities. That’s a big difference when a 150 ml pack of Parle Agro’s popular mango-based Frooti drink costs about 10 rupees. Dabur and Parle Agro didn’t say whether they would pass on the cost to consumers.  The competition to import paper straws has left India’s largest dairy cooperative, Gujarat Cooperative Milk Marketing Federation, short of supplies, according to Managing Director RS Sodhi.

Meanwhile, traders and retailers who don’t comply or are still clearing old stock run the risk of being penalized, said Praveen Khandelwal, general secretary of the Confederation of All India Traders. Special enforcement squads have been set up to target urban “hotspots” of single-use plastics and will conduct surprise inspections and impose heavy fines on defaulters, the environment ministry said. Under the 1986 Environment Protection Act, offenders could face a penalty of up to 100,000 rupees and/or a jail term.

Small retailers in some parts of the eastern state of Kolkata ran out of small packs of popular products like Frooti, Real juice, and Amul milkshakes. “There’s no supply of Frooti Tetra Paks because they are changing the straws,” said Krishna, a store owner on a busy corner in South Kolkata who only uses one name. “Our supplier said they might come in next week.” Several shops in the district were still selling old stock with plastic straws.

The Indian government plans to extend the single-use plastic ban to include thicker plastic bags by the end of the year, even as many vendors continue to argue that the nation isn’t ready.

“Sustainable options for packaging, including straws are way more expensive compared to their plastic versions,” said Urvika Kanoi, who runs two cafes in Kolkata and Mumbai. “If we try and increase prices, or add a packaging charge, the consumer gets very angry. The government makes these rules, but they do not give us the tools to get those rules in place.”