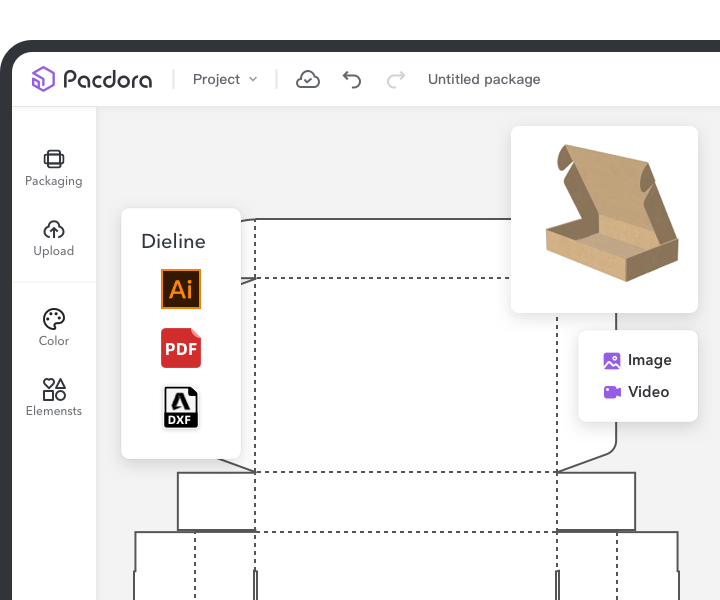 While Shein applies a data-driven approach to improve efficiency for clothing manufacturing, Pacdora is doing something similar for packaging, from design all the way to production.

Packaging sounds archaic and pretty removed from tech — and it is, which is why there aren’t many competitors for Pacdora — yet. But the opportunity is enormous. In 2019, McKinsey estimated the global packaging industry had exceeded $1 trillion, thanks to a combination of factors like the e-commerce boom and changing consumer expectations. Most important, it’s an industry primed for technological upgrade.

The traditional lifecycle of packaging is highly inefficient. The illustrator might take a few days to draw up the design and spend another few days to discuss with their client before they can finalize the dieline — the 2D diagram marking the folds and cuts for a 3D box — only to be told later by the factory that the measurement doesn’t add up and the colors and materials requested aren’t available. This back-and-forth can take weeks before the prototype goes into production.

“That’s because most designers don’t have real-life manufacturing experience and they are drawing things that aren’t useable by the factory,” Xianfeng Wang, founder and CEO of Pacdora, tells TechCrunch.

To bridge the gap between designers and manufacturers, Wang’s team developed Pacdora, which is like Canva plus Figma for packaging. The platform offers thousands of packaging templates for all kinds of products, from shipping boxes and coffee bags to lotion bottles and yogurt pouches. With a click, designers can switch between the 2D dieline and 3D-rendered mockup. Any tweaks to the look apply to both modes automatically, freeing designers from spatial visualization challenges.

Powering the automatic 2D-3D conversion is Pacdora’s proprietary algorithm, which took the team six months to develop, according to Wang.

The Figma aspect of the platform allows a client to view and comment on the design in real time, further speeding up the project cycle. The collaboration feature is available on Pacdora’s Chinese version and will later debut on its international platform powered by AWS.