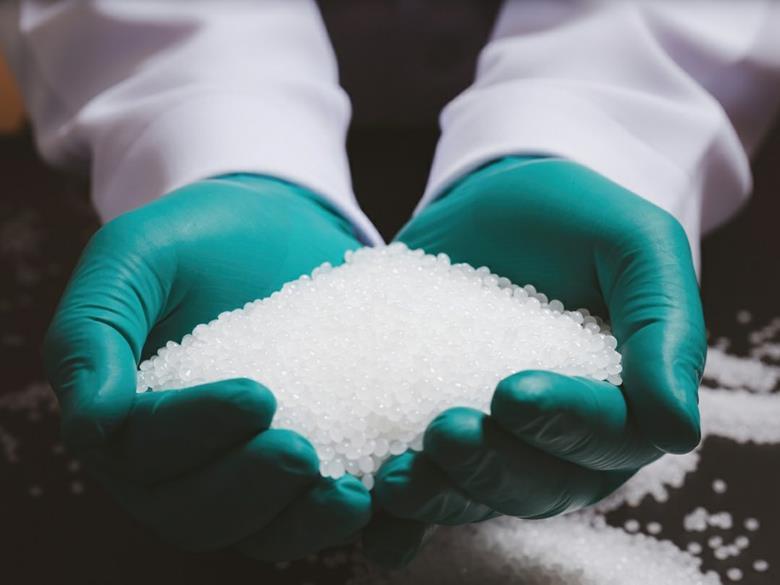 The new polymers are based on isoidide and isomannide, which are compounds made from sugar alcohols. While both compounds have a rigid ring of atoms, the researchers explain that they vary slightly in the spatial orientation of two bonds, producing different properties in the corresponding polymers. Using computer modelling, the researchers were able to simulate the molecular chains of each material and determine how small differences can alter the physical properties of the polymer.

According to researchers, the isodide-based polymer offered stiffness and malleability, as well as a similar strength to high grade engineering plastics. This apparently makes it tough but ductile, which the researchers say are comparable to properties found in most commercial plastics.

Both polymers allegedly underwent pulverisation and thermal processing, which are some of the methods used in mechanical recycling, with researchers adding the polymers retained their mechanical properties afterwards.

In addition, the researchers note that the chemical similarity of isoidide and isomannide means they can be combined into a copolymer. The copolymer system allowed researchers to control the mechanical properties and degradation rates independently, according to the researchers.

In the future, this could enable researchers to “independently tune the degradability [of the polymer] for specific use without significantly altering the properties of the material”.

Dr Josh Worch, from the School of Chemistry at Birmingham University and a co-author of the research, comments: “The ability to blend these polymers together to create useful materials, offers a distinct advantage in recycling, which often has to deal with mixed feeds.”

Dr Connor Stubbs, also from Birmingham’s School of Chemistry, adds: “Petrol based plastics have had decades of research, so catching up with them is a huge challenge.

“We can look to the unique structures and shapes that biology have to offer to create far better plastics with the same expanse of properties that current commercial plastics can offer.”

Professor Andrew Dove, leader of the research team from the University of Birmingham, concludes: “This study really shows what is possible with sustainable plastics.

“While we need to do more work to reduce costs and study the potential environmental impact of these materials, in the long term it is possible that these sorts of materials could replace petrochemically-sourced plastics that don’t readily degrade in the environment.”

The University of Birmingham Enterprise and Duke University have filed a joint patent application for the polymer technology, while the researchers add they are looking for industrial partners to consider licensing the technology.