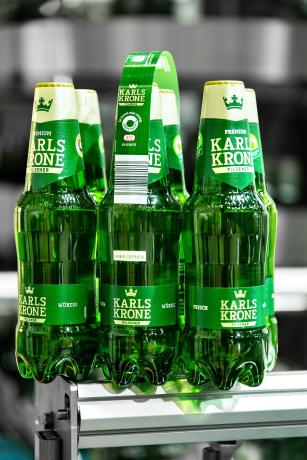 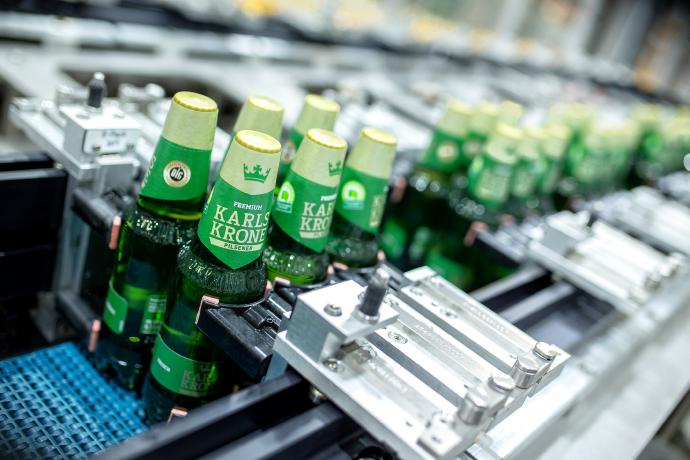 As part of its sustainability strategy, one of the goals the German food store chain has set itself is to use 30% less packaging material for its own brands by 2025 by doing away with shrink film, for example. Moreover, recyclable packaging is to be introduced in this segment by 2022. The KHS Group and Martens Brewery have played a major role in the first step in the switch to a sustainable portfolio. The brewery and Dortmund engineering company have been working closely together on the development and establishment of disruptive technologies for decades. “We enjoy a long, strategic partnership based on mutual trust. Our current project is sending out an important message,” says brewery boss Jan Martens. “The development of this ecofriendly packaging shows that with the commitment of all those involved sustainable systems can be successfully established on the market,” adds Edgar-George Petsche, head of Market Zone Europe/CIS at KHS.

Martens fills its beverages on a number of KHS machines – into cans, glass bottles and – as in this case – PET. The two companies’ many years of partnership has facilitated the quick market launch of the new style of packaging. The brewery invested, among other things, in an InnoPET Blomax stretch blow molder and an InnoPET Plasmax that coats the insides of the bottles with a wafer-thin film of chemically pure glass. The existing line has now been extended by an Innopack Nature MultiPack Machine.

The new system joins beverage bottles together not with shrink film but with dots of adhesive to form a stable yet easy-to-separate pack. This enables up to 90% in packaging to be saved. Compared to the pack variant currently on the market comprised of film and weighing in at 7.5 grams, the novel setup uses just 1.5 grams of adhesive. A convenient carrying handle, which helps to keep the pack stable, and individual alignment of the respective containers also communicate effective marketing messages. The beverage producer saves up to 67% in energy during production compared to shrink wrapping the containers in film as the material does not have to be heated.

Furthermore, according to Petsche CO2 emissions are slashed by up to 70% with regard to the overall ecobalance. “The entire production process is significant here – from the manufacture of the film through sales to disposal.” With the new pack Martens also does without trays. This saves raw materials such as paper and cardboard without impacting the pack’s stability. Should bottlers and retailers require, however, trays can be easily incorporated into the process.