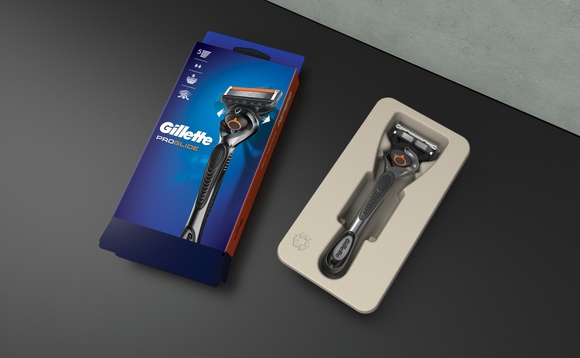 Razor giant Gillette has sharpened its approach to sustainability with the launch of new product packaging that uses fully recyclable packaging.

The shift to greener materials was prompted by research commissioned by Gillette showing that consumers are increasingly concerned about the sustainability of the packaging encasing the products they buy. Around 55 per cent of customers told researchers at Ipsos Mori that recyclable packaging is among the most important factors when deciding to buy a bathroom product, with 69 per cent saying it influences their decision of whether or not to buy a product.

The findings are released as Gillette launches a packaging redesign which ditches plastic and embraces recyclable cardboard packaging across its range of refillable razors.

"Men want to shave with confidence knowing the products they're choosing come with responsible impact," said Matt Thomas, Gillette brand director for the UK and Ireland. "As the biggest brand in male grooming we know we have a responsibility to drive significant change in the category and these upgrades across our packaging and razors are the first significant step in that journey. There's always more to be done, but through this, and our ongoing razor recyclable programme with Terracycle, we're making progress."

The new packaging is part of Gillette's work to meet a series of 2030 sustainability targets laid out late last year. Achieving its flagship goal will see the firm reduce its greenhouse gas emissions by 50 per cent against a 2008-9 baseline, building on the 26 per cent reduction that had been reached by the end of 2020. Other 2030 targets including reducing water consumption by 35 per cent, using 100 per cent renewable electricity, reducing absolute virgin plastic use by 50 per cent, and maintaining its zero-waste-to-landfill status.