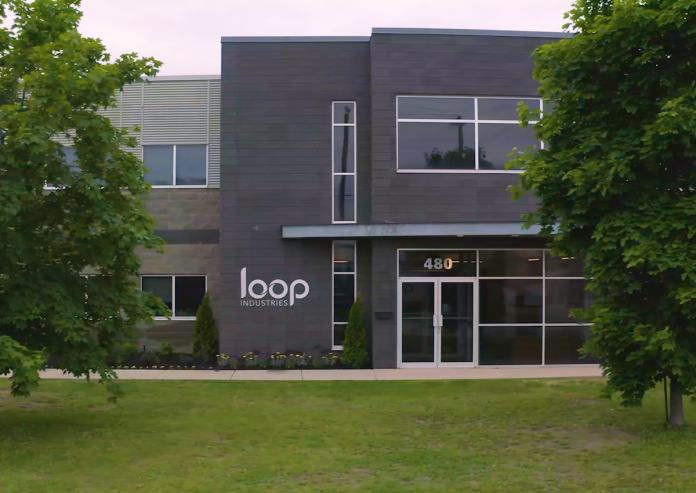 The Kemitek team was on site at Loop’s Terrebonne, Quebec facilities for 16 days to verify each step of the technology at Mini-Pilot (25 L reactor) and Pilot scales (6000 L reactor) from feedstock (post-consumer waste PET) to final purified monomers dimethyl terephthalate (DMT) and monoethylene glycol (MEG).

The feedstock was received directly from Loop’s supplier at these facilities, which was then dried, sampled, sealed and shipped to Loop. Kemitek also sent the feedstock to an external laboratory for analysis and characterisation.

Once on site, the Kemitek team took possession of the feedstock, controlled and secured the entire process to ensure the chain of custody at all times via human supervision and numbered lockouts and seals on the equipment. Throughout the process, the Kemitek team took samples at key steps for subsequent analysis to confirm there was no tampering by Loop’s team.

The final purified monomers were secured by Kemitek and sent for analysis to certified external laboratories (ISO 17025). These analyses confirmed the purity of the resulting monomers.

The feedstock used throughout the verification consisted of pallets of post-consumer waste PET. In appearance, it was a mix of clear, grey and coloured flakes and fines with a PET content varying between 86 and 95 per cent, as determined by a Loop-conducted analysis. Feedstock contaminants identified by external laboratories mandated by Kemitek included printed film, silicone elastomer and PS.

“The Kemitek team was able to understand, witness and verify the execution of Loop’s Gen II PET depolymerisation technology from feedstock to monomers,” stated the final report. “While the verification was not intended to certify the yields or economic viability of the technology, as these were out of the scope of our mandate, our observations confirmed the production of significant quantities of DMT and MEG from a post-consumer waste PET feedstock at both mini-pilot and pilot scales.

With the levels of purity confirmed by Kemitek’s verification, Loop reiterates that its technology can produce monomers of sufficient purity to create PET and polyester fibre that is 100 per cent recycled and equivalent to virgin PET made from fossil fuels, consistent with previous polymerisation trials and testing evaluations by clients and industrial companies.

Polymer researcher Jérôme Claverie from Université de Sherbrooke in Quebec, Canada, commented: “Loop’s team did not reinvent the fundamental, well-established chemistry underlying depolymerisation. However, they optimised a version of this process that provides the ability to effectively depolymerise waste PET at a high purity at below 90 deg C temperature, which sets their technology apart.”

Loop has received from the European Chemicals Agency a confirmation of registration for its MEG on November 17, 2020, and for its DMT on December 7, 2020. The registration under the Registration, Evaluation, Authorization and Restriction of Chemicals (REACH) Regulation confirms that Loop’s monomers are of a purity equal to what is currently recognised within Europe and entitles Loop to manufacture/import the monomers into Europe.

In addition, Loop is in possession of a legal opinion confirming that its depolymerisation technology meets US Food and Drug Administration requirements to produce suitably pure MEG and DMT for use in food-grade packaging.

“The results of Kemitek’s verification reconfirm Loop’s belief that we are well positioned to have a transformative impact on the reduction of global plastics waste,” explained Loop’s founder and chief executive Daniel Solomita.