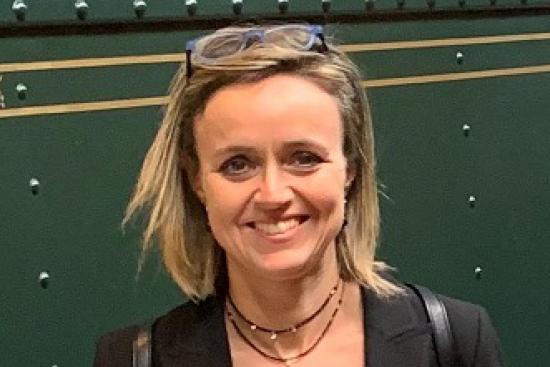 Nuria Plans, LIC & MBA (ESADE, Barcelona and HEC, Paris), has just been appointed the new Commercial Director of the Group formed by Sinterpack and Prodec . This appointment is a recognition of his professional career at Prodec, where to date he held the position of Sales Area Manager Asia and Key Account Nestlé.

Plans, who will also hold this last title, has held his new position since January 1 of this year, contributing to the consolidation of the new Group, as a benchmark in the end-of-line automation sector .

As it will be recalled, in December 2018, the president of Sinterpack and current owner of the Group, Thomas Kermorgant, acquired 100% of Prodec, a company in which Nuria Plans has developed her professional activity for more than 18 years.

One of the main objectives set in this new stage is to consolidate the group's position as one of the largest organizations providing end-of-line automatic solutions in the world. A clear example of this strategy is the imminent launch of two new packing solutions , a multi-axis robot packer and a new collaborative robotics solution.

Nuria, who was decisive in the internationalization of Prodec; now assumes the commercial management of the Group "full of enthusiasm" and with the aim of continuing with the progression in sales both in export and national, as well as the challenge of joining efforts between the different departments of the organization in order to continue giving good customer service.

This promotion supposes for Nuria "a great challenge on a personal level, as well as an advance in her professional career" that allows to continue the good work already done to date.