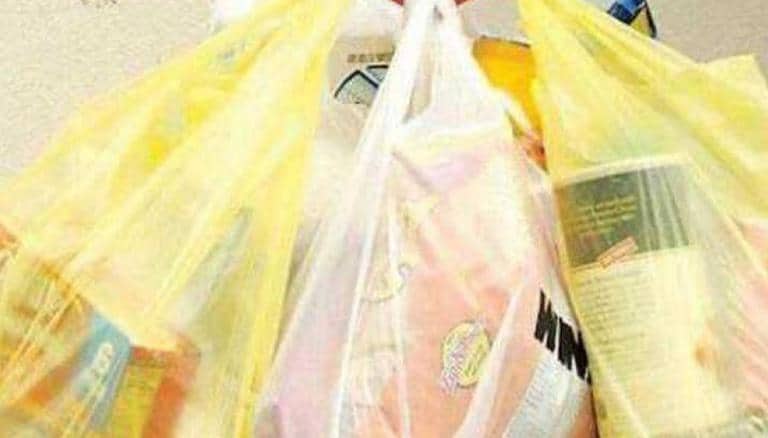 In a bid to reduce single-use plastic, the Defence Research and Development Organisation (DRDO) in collaboration with Acharya Nagarjuna University and Ecolastic Private Limited, launched environmentally safe packaging products made from natural and plant-based food-grade materials.

The bags which come in two forms, soluble and insoluble, can be biologically degraded in 3 months and cause no harm to the environment whatsoever. Unlike the conventional polyethylene bags made from petrochemicals, which are highly unsafe to the environment and takes years to degrade, these bags are the most sustainable, cost-effective, and ocean-safe alternative to single-use plastics,” DRDO and Ecolastic Private Limited said.

Speaking to the media, the Director of Advanced Systems Laboratory (ASL), DRDO, Ram Manohar Babu said that he feels immensely proud at launching the Ecolastic packaging product. “Government of India has decided to completely eliminate the usage of single-use plastic in the country by 2022 and these biodegradable packing bags help us make a forward step in that direction,” he said. “Eco-friendly products like these are essential for the survival of mankind and DRDO has played a vital role in bringing it out,” he added while pointing out that Tirumala Tirupati Devasthanam has approved the distribution of these products.

A Draft Notification Plastic Waste Management (Amendment) Rules, 2021, published by the Ministry of Environment, Forest and Climate Change on March 12, 2021, announced a ban on single-use plastic that would take place in three phases. First, as of September 30, 2021, non-woven plastic carry bags (made of virgin or recycled plastic) must be at least 60 grams per square meter (GSM) or 240 microns thick. Compostable plastic carry bags would be exempted. Second, starting on January 1, 2022, India is proposing to ban the manufacture, import, stocking, distribution, sale, and use of certain single-use plastic commodities, including candy sticks and ice-cream sticks. Other single-use plastic commodities to be banned after this date include earbuds with plastic sticks, plastic sticks for balloons, plastic flags,  and polystyrene decorations.

Third, as of July 1, 2022, India would ban the manufacture, import, stocking, distribution, sale, and use of additional single-use plastic items (including items made with polystyrene and expanded polystyrene). The single-use plastic commodities that would be prohibited after this date include the following food-contact articles:  plates, cups, glasses, cutlery, straws, trays, stirrers, and wrapping films around sweet boxes. Non-food contact items include wrapping/packing films around invitation cards and cigarette packets, and plastic/PVC banners less than 100 microns thick.