BOTTLES MADE WITH 100 PER CENT RPET ON THE RISE 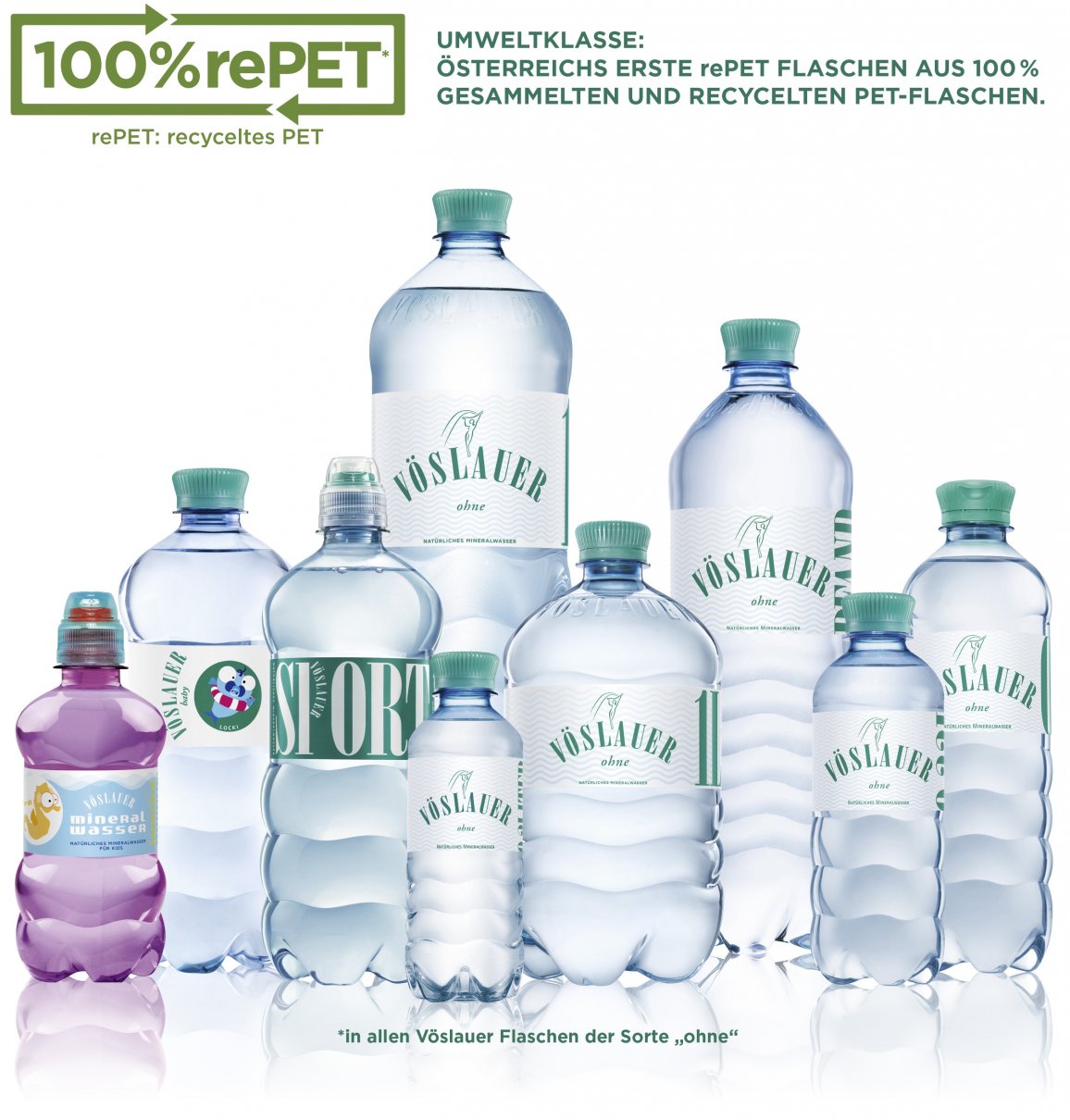 Through to market maturity

The preforms for Vöslauer’s PET mineral water bottles are produced at the ALPLA plant in Steinabrückl, Lower Austria. The proportion of rPET used – or rePET, as Vöslauer calls it – is being steadily increased. ‘In 2018, we had a recyclate proportion of 60 per cent,’ explains Vöslauer Managing Director Herbert Schlossnikl. Werner Rosenberger, who manages the ALPLA plant in Steinabrückl, adds: ‘With Balance, we had our first Vöslauer bottle made entirely using recycled PET bottles back in 2011. But at that time, the quality of the raw material wasn’t sufficient for us to achieve a consistent colour.’ ‘Even so, it was important for us to stick at it and continue to develop the 100 per cent rePET bottle,’ Schlossnikl adds.

‘We are a cross-company team who are jointly working towards a common goal and who won’t let up,’ says Werner Rosenberger, describing the partnership between ARA, which is responsible for collecting the bottles, PET to PET as the materials processor, ALPLA as the preform producer and Vöslauer as the bottling company. It therefore comes as no surprise that the goal was already achieved last October – Austria’s first beverage bottle made entirely of rPET was introduced to the market.

The success is founded on using the right raw material. There cannot be any colour deviations when the preforms are injection-moulded and the segment weight has to be carefully monitored when the bottles are blown at the Vöslauer plant. An array of other crucial parameters will remain a well-guarded secret.

The product range will be gradually transitioned to 100 per cent rPET. Back in October 2018, Vöslauer launched a half-litre PET bottle for still water in Austria. In March 2019, all of Vöslauer’s still beverages were transitioned to sustainable materials, followed by a selection of its carbonated products in a 1-litre PET bottle. There have been 100 per cent rPET bottles for mineral water from Vöslauer in Germany since the beginning of 2019.

The production volume is likely to already hit the 100,000,000 mark in the first year. However, the demand is actually greater: ‘We are reliant on as many PET bottles as possible remaining within the materials cycle,’ says Herbert Schlossnikl, explaining the challenge. ‘Correct bottle collection and separation are important parameters for this, as is awareness that PET is a valuable raw material that doesn’t belong with residual waste. Only then will we be in a position to achieve our goal of making all of our bottles out of 100 per cent rePET as soon as possible.’