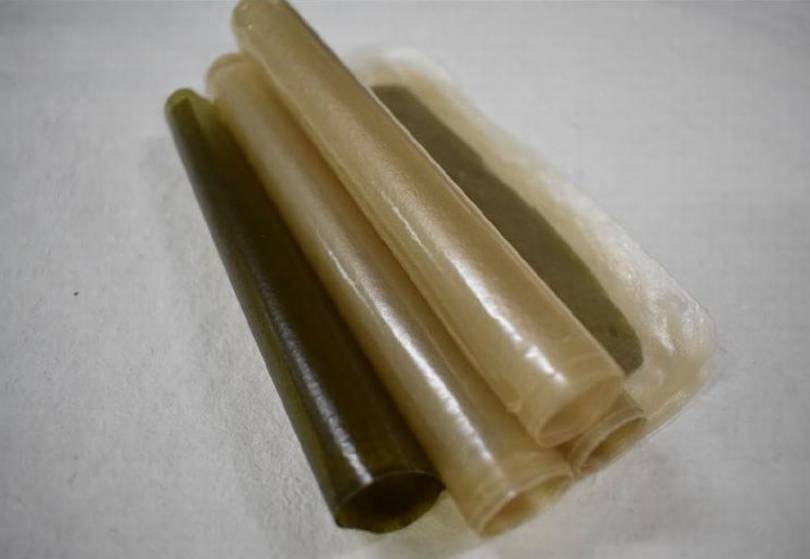 While the technology to use edible biopolymers and biodegradable films and sachets from macroalgae or seaweed in the food industry isn’t new — it was famously used for the first time in the 2019 London Marathon, when runners going past Mile 23 were handed out edible sachets containing a Lucozade energy drink which they could either swallow or discard — this is arguably the first time this revolutionary technology has been developed in India. The environmental advantages of using edible sachets can be gauged from the fact that while these sachets biodegrade in four to six weeks, a plastic water bottle takes approximately 450 years to biodegrade completely.

It has been shown that seaweed can be converted into edible and biodegradable edible film for food applications. Globally, polysaccharides extracted from seaweed such as agar, carrageenan and alginate, have been used to develop edible film and have excellent film-forming properties. However, the possibility to develop an edible film directly from seaweed has not yet been explored in India. Seaweed, also known as macro algae, are heterogeneous plants that live in either marine or brackish water environments and grow at a depth of up to 180 metre on rocky solid substrates.

Debbarma, who has been researching on seaweed for over three years at CIFT, believes that “seaweed-based film can replace the aluminum foil/plastic packaging that is now used”. “Seaweed-driven technologies help in seaweed utilisation and opens up opportunities for algae or seaweed-based entrepreneurship,” she said. Debbarma and her colleagues at CIFT used dried, powdered seaweed and added sodium alginate or polysaccharide extracted from seaweed along with minute quantities of natural plasticiser to prepare the edible seaweed film. Red seaweed and local green seaweed were used.

A constituent of the Indian Council of Agricultural Research (ICAR), the CIFT in recent years has also developed alternatives such as fortification in fish seaweed sausages, seaweed cookies and seaweed-based health drinks. Seaweed are rich in minerals, most prominently calcium, copper, iodine, and iron. They are also rich in protein, fibre and vitamins, especially vitamin K and folic acid.