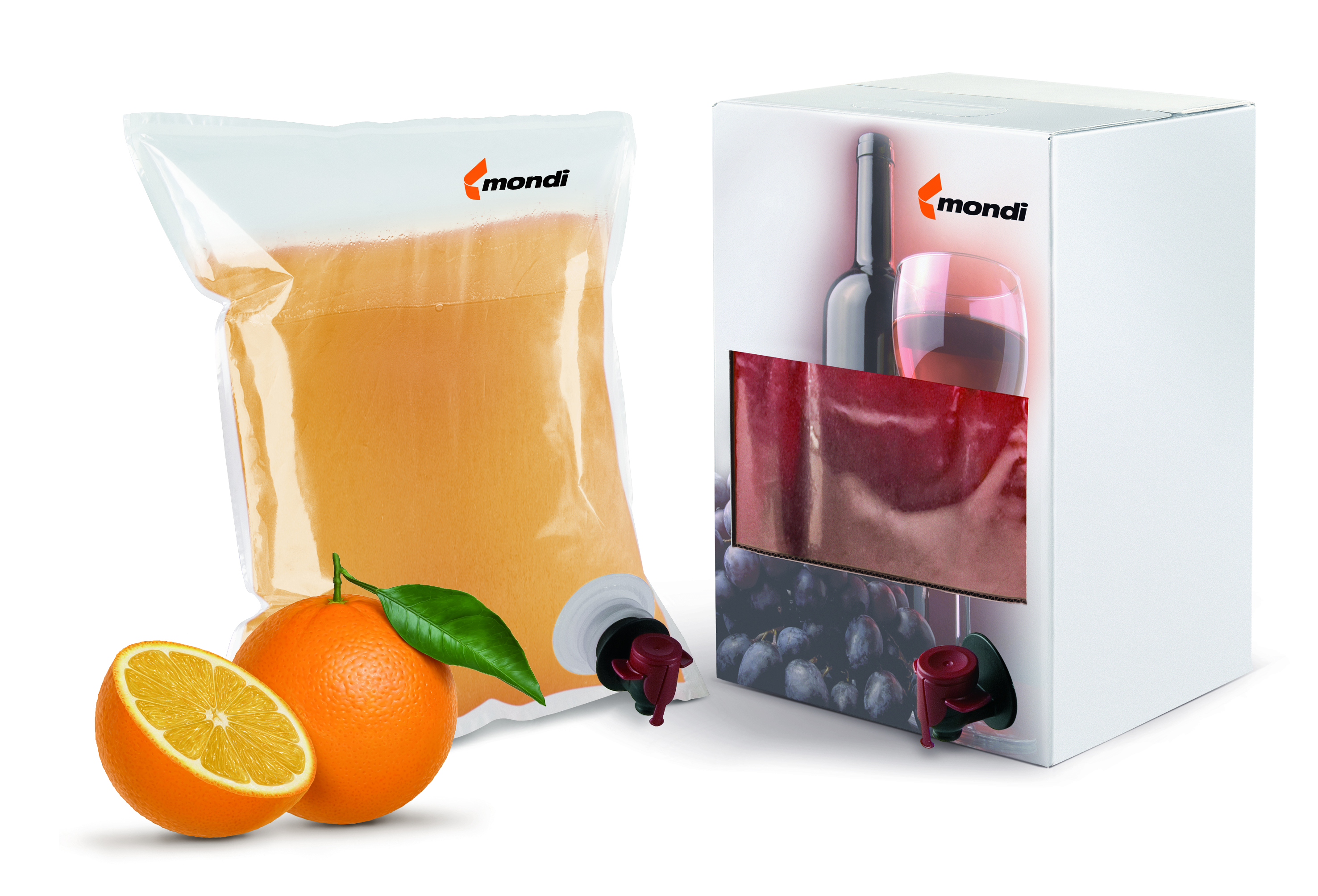 Mondi Styria plant in Austria is launching a pair of next-generation films developed for multilayer BIB products used to package liquid food products and mor - Styria Form Bar 50. “We have now determined it is possible to replace the usual 66- or 70-micron polyethylene film with a 50-micron film, and we are the first company to be able to offer such a product,” explains Günter Leitner, Managing Director at Mondi Styria. “Downgauging in this manner results in the use of about 25% less material while also reducing transport weight and hence the overall carbon footprint.” A current customer is already running trials of this new product, and says it has experienced no negative impact on machine performance and that no equipment changes have been needed to successfully run the film, Leitner notes.

They also developed Styria Form Bar 90 DW which is a two-ply film comprising a 70-micron polyethylene layer plus a 40-micron barrier layer into a mono-layer film that measures only 90 microns thick- a reduction of nearly 20%. Currently, Mondi provides its 70-micron film to customers who combine it with a barrier layer provided by another supplier to get the desired end result. “Mondi, once again, is the first and only supplier of technical BIB films able to offer this type of mono-layer product,” says Leitner. “Since this thinner film also yields more running metres per reel this leads to enhanced efficiency and productivity for our customers.” Additionally, both new films are suitable for both hot-fill (up to 85ºC) and cold-fill applications, again offering increased convenience and flexibility to the users.