Keurig Dr Pepper aims to be net water positive, or replenish more water than it uses, by 2050. The company set the new target, made on World Water Day, as part of its "Drink Well. Do Good." corporate responsibility commitment.

CPGs like Keurig Dr Pepper have been continuing to work on improving their sustainability profile through commitments like water reduction goals and recyclable packaging, to offset the significant environmental footprint of food and beverage manufacturing.

“Net water positive” is a relatively new term in the sustainability space, and signals the increased targeting of water efficiency among beverage makers. The industry uses a significant amount of water in the manufacturing of its products. For example, it takes at least 70 liters of water to produce 0.5 liters of soda, according to data from Water Footprint Network cited by Eos Intelligence.

Keurig Dr Pepper said it aims to achieve its goal by helping to improve the water supply on a local level by working with partner groups. The new target adds to some of the company’s other water goals, including replenishment of 100% of the water used in the highest water-risk communities that the company operates in by 2030, and improving water efficiency in its supply chain by 20% by 2025.

In announcing its net positive water goal, Keurig Dr Pepper also said it is joining the Water Resilience Coalition, an industry-led group of the UN Global Compact CEO Water Mandate that aims to reduce global water stress. Members pledge to achieve a net positive water impact, a water-resilient value chain and to provide global leadership of water conservation through public and corporate outreach efforts by 2050. Several other CPGs are members of the initiative, including Coca-Cola, Diageo, Danone and AB InBev.

This past August, PepsiCo became one of the first major CPGs to embrace a net positive water goal, announcing it would replenish more water than it uses by 2030. As part of this, PepsiCo announced this week that it had proven a new method for condensing and treating the steam evaporated from its fryers that recovers over 50% of the water used in its potato chip manufacturing. The technology was first implemented at PepsiCo's plant in Kolkata, India, and it plans to introduce it at nearly 30 of its potato chip manufacturing plants in high-water-risk areas.

On the packaging front, Keurig Dr Pepper said that its new compostable bottle will help it reach its goal of cutting virgin plastic packaging usage by 20% by 2025. The plastic-free bottle will be made with a mix of fiber and organic materials, and be curbside compostable and recyclable — including the bottle, label, cap and closure — in most communities in the U.S., the company said.

Keurig Dr Pepper drew a distinction between its paper bottle and alternative beverage packaging made with plant-based plastic or sustainably sourced pulp with a polymer lining. Two other large beverage makers — PepsiCo and Diageo — are also testing paper bottles, both made by sustainable packaging technology company Pulpex Limited. The Pulpex bottle is also 100% plastic-free, according to the packaging manufacturer.

Along with the paper bottle, Keurig Dr Pepper has also been working to improve the compostability and recyclability of its other product packaging, including its Keurig K-Cup coffee pods. In November 2021, the company rolled out “Easy-Peel” foil lids for K-Cups that allow consumers to dispose of the coffee grounds and then recycle the pods. 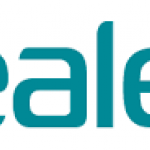