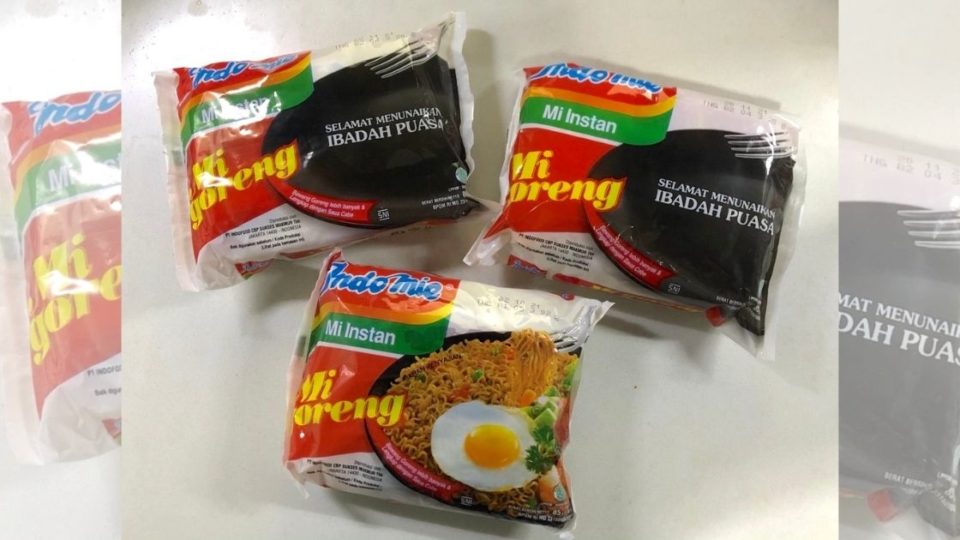 The packaging, which features a photo of an empty plate instead of it being full with gourmet renditions of the various instant noodles flavors, is now sold everywhere ahead of Ramadan, which is expected to begin on April 12 and end on May 12.

On the packaging is also the message, “Selamat menunaikan ibadah puasa” (happy fasting).

The special Ramadan packaging has been in distribution since mid-March, but they have recently become even more common at supermarkets and grocery stores. The special edition noodles cost the same as the original ones at around IDR2,500 (US$0.17) each.

“[The Indomie empty plate packaging] has been released guys, happy fasting everyone,” the tweet above reads.

The empty plate Ramadan packaging was first launched in 2019, making this year’s edition the third of its kind to be sold in Indonesia.

Advertising of food products often goes into overdrive in the lead up to and during Ramadan in Indonesia, where the market is huge for fast breaking and pre-fasting meals. Indomie’s empty plate packaging is being heralded as an ingenious marketing approach that both celebrates the holy month and respects Muslims who have to fast during the day.