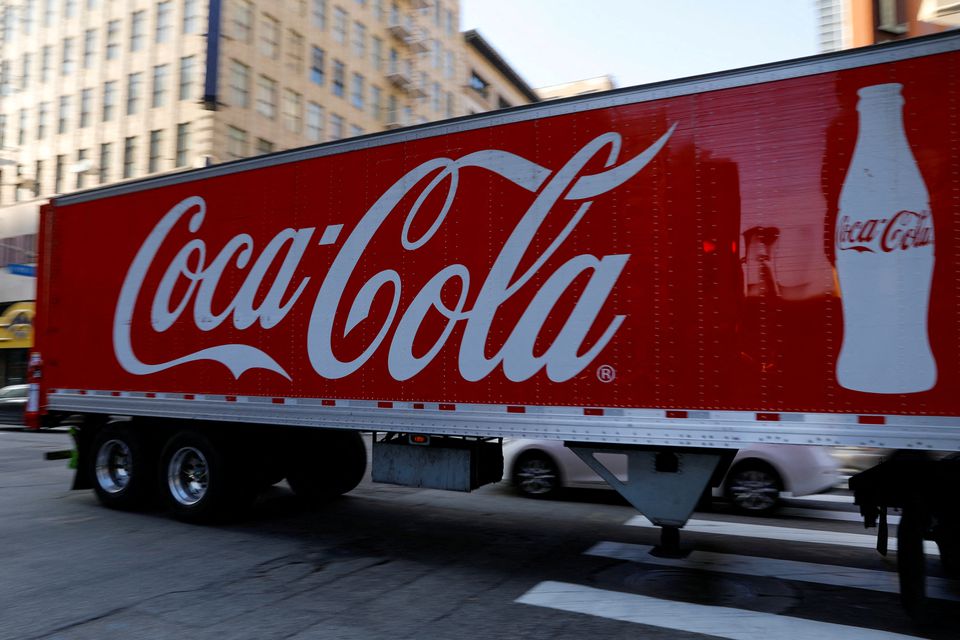 Coca-Cola is a top target for consumer, investor and environmental groups concerned about petroleum-based plastic single-use bottles clogging oceans, among other problems.

The company was the world's worst plastic polluter for the fourth year in a row in 2021, according to the global coalition Break Free From Plastic's annual report released in October.

Reusable packaging includes containers that can be refilled with original product by companies or consumers, such as refillable fountain drink containers and glass and plastic bottles that are refillable or returnable, the cola maker said, referring to reuse guidelines bynonprofit Ellen MacArthur Foundation.

In 2020, 16% of the company's packaging was reusable. That year, 90% of its refillable glass and plastic containers were collected, it said.

Coca-Cola's announcement on Thursday is "the first known goal of its kind" and "a welcome change in strategy," fund manager Green Century Capital Management said in a statement.

Green Century and activist investor As You Sow filed a shareholder proposal urging Coca-Cola to reduce single-use plastic. They are now considering whether to withdraw their proposal.

If Coca-Cola hits its new goal, it will be "easier to achieve our objectives of a World Without Waste, where we intend to collect back a bottle or can for every one we sell by 2030," Chief Executive Officer James Quincey said during the company's fourth quarter earnings call Thursday.

Eight in 10 American adults support government policies to reduce single-use plastic, according to a poll released on Wednesday by advocacy group Oceana.

Coca-Cola, PepsiCo and other international brands in January called for a global pact that included calls to cut plastic production, a key growth area for the oil industry.