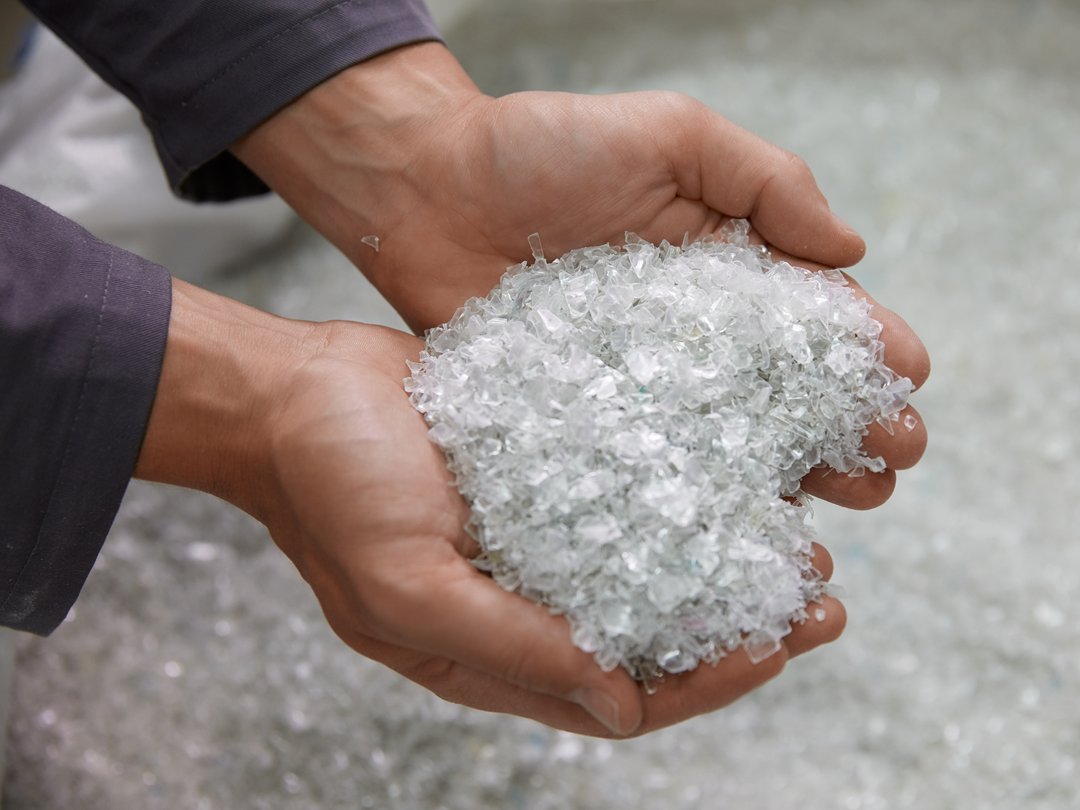 ALPLA switched its PET Recycling Team plants in Wöllersdorf, Austria, and Radomsko, Poland to a mix of electricity from renewable sources in order to produce its carbon-neutral rPET.

“This step has already had a big impact on the carbon footprint of our food-grade regranulate – according to the calculations, emissions are cut by up to 90% compared with virgin material. The feedback from the market regarding this further development has been very good,” says Georg Lässer, head of recycling at ALPLA.

The company is now offering its customers carbon-neutral rPET based on the purchase of certificates. The remaining, unavoidable emissions relating, for example, to delivery of the input material to the plants, are then offset with carbon certificates.

“The world’s first carbon-neutral regranulate can make a significant contribution to climate protection and highlight the value of used plastics,” continues Lässer.

To offset its related carbon emissions, ALPLA has selected specific projects in cooperation with the climate neutrality alliance Klimaneutralitätsbündnis 2025 and the NGO Helioz.

A reforestation project in Nicaragua is being supported; meanwhile, in China, traditional coal-fired stoves are being replaced with ovens run on biomass. These not only vastly reduce emissions, but also prevent the health implications caused by harmful exhaust air.

With the “world’s first” carbon-neutral rPET, ALPLA is hoping to help its customers to achieve their sustainability goals. “We are once again demonstrating that close collaboration between packaging developers, packaging manufacturers, and recycling experts can lead to solutions which set an example for the industry as a whole,” Lässer concludes.