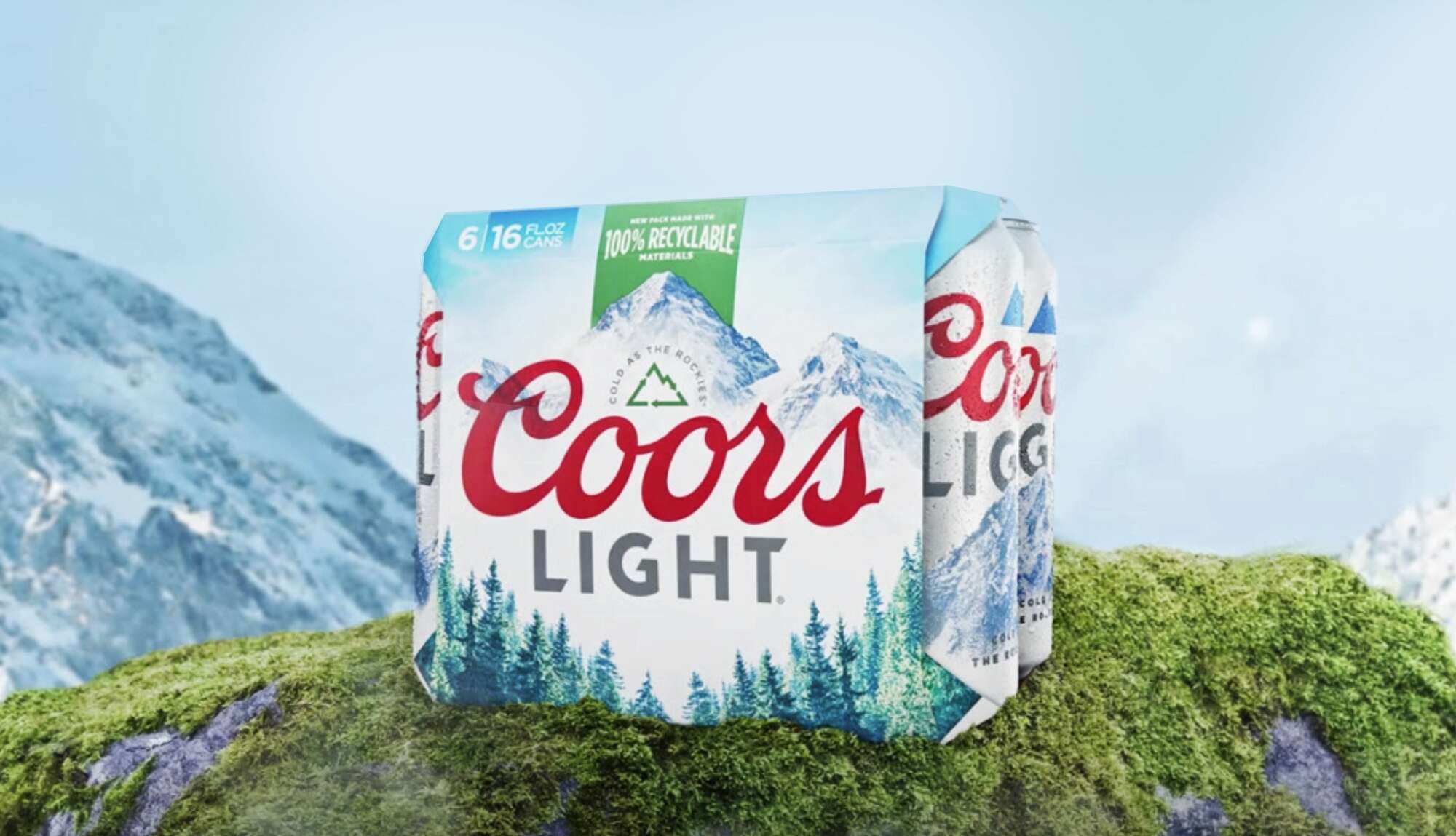 Coors Light is making a big change for the environment.

On Tuesday, the beer brand announced it would be eliminating plastic rings from its packaging globally, transitioning to fully recyclable and sustainably sourced cardboard-wrap carriers later this year.

It's not the first time Coors has been on the cutting edge of change. In 1959, the adult beverage giant notably debuted the two-piece recyclable aluminum can, revolutionizing the beverage industry in the process.

Ditching the plastic rings will save 1.7 million pounds of plastic waste annually, the company said in a release, and will make Coors Light the largest beer brand in North America to make the switch over.

Molson Coors, who owns brewing operations, will invest $85 million in the change to upgrade packaging machinery. The switchover will allow the company's entire North American portfolio of brands to advance to cardboard wrap carriers by the end of 2025, they said.

Back in 2017, Molson Coors set ambitious sustainability goals for 2025, making public their desire to have all their packaging 100% reusable, recyclable, or compostable (and all their consumer-facing plastic packaging made from at least 30% recycled content).

Last year, the beverage brewer removed plastic rings across all major brands sold in the United Kingdom, including Coors and Carling, transitioning to recyclable cardboard sleeves. They also moved to more sustainable plastic rings in Canada in 2021 as an initial step, but committed on Tuesday to eliminate plastic rings entirely.

"Our business, and Coors in particular, has a long history of using packaging innovation to protect our environment, and today we are building on that rich legacy," said Molson Coors CEO Gavin Hattersley in a release. "Just as Coors led the way by pioneering the recyclable aluminum can, Coors Light will lead the way by moving out of single-use plastic rings in North America."

Traditional plastic rings have been known to cause a slew of environmental issues, especially with marine life.

Plastic production, which began six decades ago, has created 8.3 billion metric tons of wasted, researches in the peer-reviewed journal Science Advances reported in 2019, according to National Geographic.

The product is so strong, it takes more than 400 years to degrade, they said. And while recycling can help shorten the supply, a whopping 91 percent of plastic doesn't actually get recycled, the outlet reported.

Scientists predict that by mid-century, the oceans will contain more plastic waste than fish, ton for ton, which is why many see sustainability changes like the ones Molson Coors made so important.

To celebrate the change and debut the new packaging, Coors Light will launch a sustainable pop-up concept store in NYC modeling as inspiration and a vision for a world with no single-use plastics.