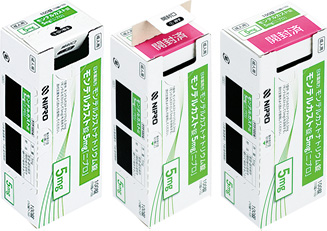 This folding carton has a feature of indicating whether or not the package has been opened. After opening the carton, the word “Opened” will appear on the closure panel. This carton has been developed due to the request for avoiding opening an additional new package by mistake despite having one package already opened. This carton is also designed to avoid mishandling by displaying the SKU name and its drug content on the same closure panel.