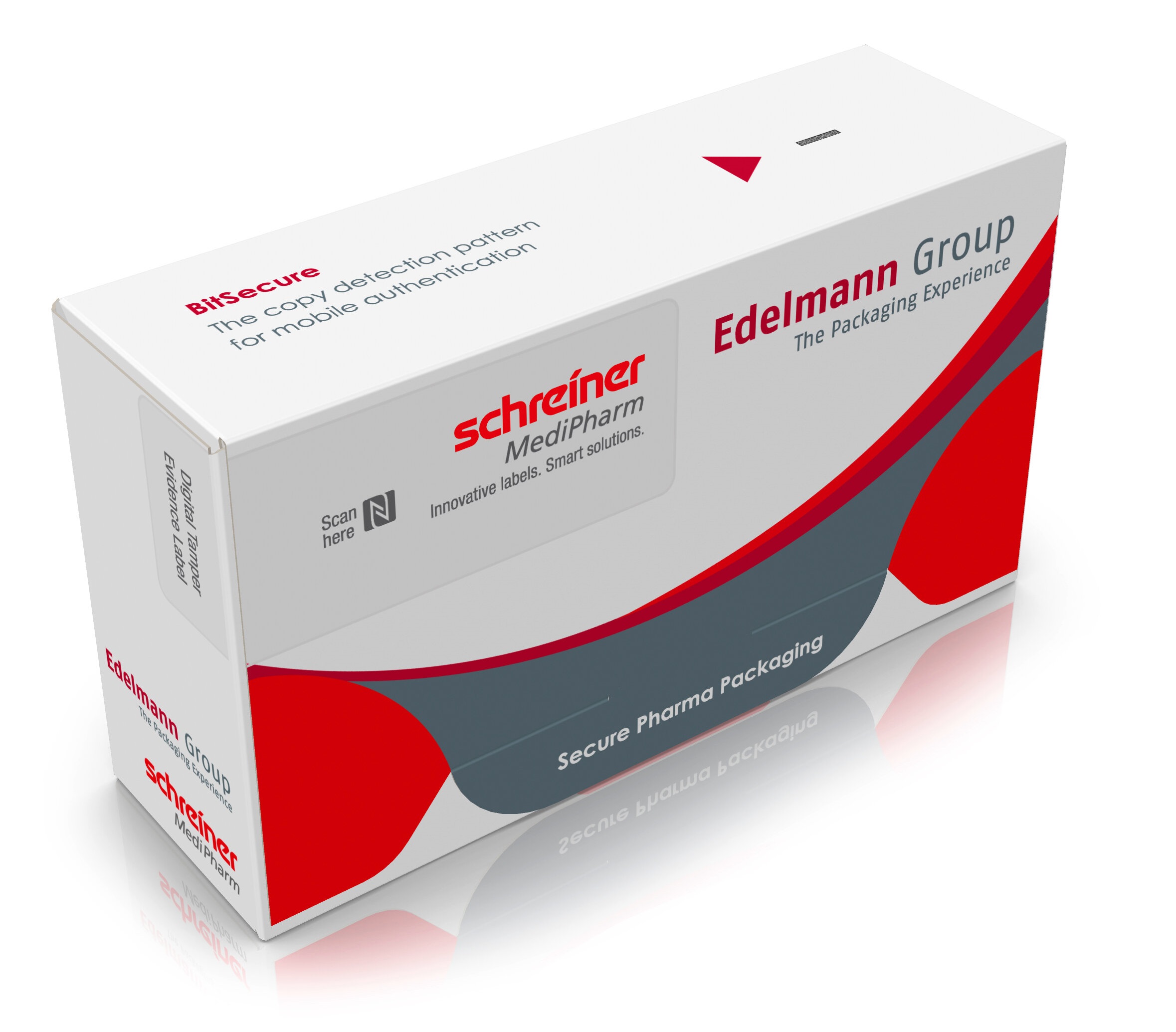 It includes the BitSecure copy detection technology for fast and reliable product authentication as well as a closure seal with an integrated NFC chip and an additional void effect for tamper evidence.

BitSecure for Product Authentication
The BitSecure copy detection technology is a printed, digital security feature. BitSecure is based on a high-resolution, random pattern whose delicate details are not discernible by the naked eye. In an attempt to copy the small random pattern with a size of just a few millimeters, the printed image will suffer a loss in precision and optical details. The pattern can be authenticated quickly and flexibly on-site using a smartphone or handheld reader, and analyzed via related software. BitSecure is a reliable yet cost-efficient authentication technology. Due to its small size, it can be easily integrated into existing packaging or label designs.

NFC Closure Seal for Tamper Evidence
The closure seal with a void effect and an integrated NFC chip is more than a conventional seal for folding boxes. It combines analog and digital technologies and offers double tamper evidence: Before the seal’s initial opening, the user reads the NFC chip using a smartphone and related app to receive confirmation of the product’s authenticity. If the seal is peeled off, an irreversible void effect will appear. If the user opens the packaging without previously peeling off the seal, the seal will break along the perforation. If the NFC chip is read again, a warning on the smartphone will indicate that the packaging has been previously opened. This makes any tampering attempt clearly visible. Additionally, interactive applications for patient information and assistance may be integrated into the NFC chip.