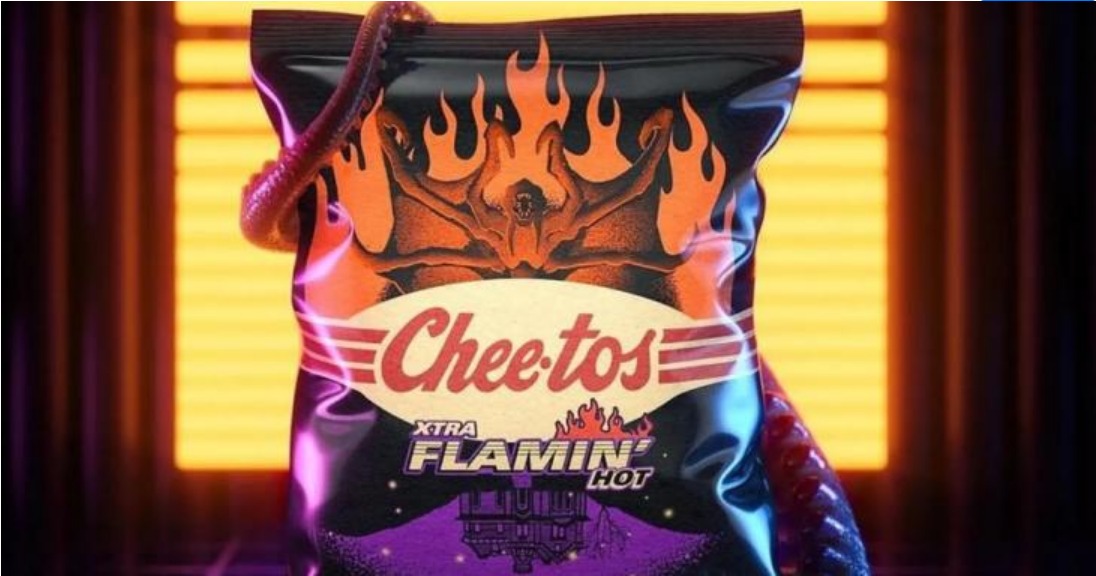 The limited-edition packaging and merchandise, designed by PepsiCo Design’s Latin American team, dig into the graphic vault of Sabritas and Frito-Lay. The logos are all retro renditions of Cheetos, Doritos, Ruffles, and Sabritas, though not necessarily the very same used by those brands in 1986 Mexico. Demogorgons, mind flayers, and locations like the Hawkins National Laboratory or creepy portals feature prominently. Each snack bag uses a dark purple background and brand-specific colors like green for Ruffles and yellow for Sabritas.

In addition to limited edition chip packaging, the PepsiCo Design team also created a line of merchandise using the same Stranger Things and retro-inspired imagery. Items include the usual t-shirts and skateboard decks, and they even threw in a throwback metal lunchbox with vacuum flash.

PepsiCo Mexico also created a fictional historical event set in the Stranger Things world featuring Mexican lucha libre legend El Santo in keeping with the retro-inspired promotion. The wrestler was on a tour of the US in the 1980s—naturally—and found himself in the ring with a genuine demogorgon in Hawkins. Somehow, footage of this match was lost, and a tape has resurfaced thanks to Flamin’ Hot snacks. The posters for the campaign appear to be inspired by Mexico's masked wrestler film genre, which often featured the famous El Santo fighting against monsters and elements of the supernatural and macabre.