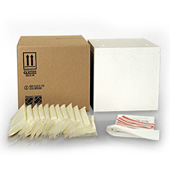 Cardboard also known as fiberboard is a common material used to make boxes for shipping things. When shipping hazardous materials the United Nations designates boxes is either “4G” or “4GV.”

4G Packaging
The designation “4G” is a dangerous goods packaging code used to alert shipping personnel that inside the cardboard container there is packaging which contains dangerous goods. While the fiberboard does provide limited protection for the inner packaging, its main use is simplify the ease of handling small containers such as cans, bottles, and jars.

By itself, a “4G box” is not approved packaging for dangerous goods. Everyone, that is, the supplier, shipper, transport operator, the freight forwarder, and the end user need to understand this so that they do not inadvertently find themselves shipping dangerous goods illegally and with final responsibility before a court in the event that their freight is involved in an accident.

A cardboard box with a “UN 4G” designation is not really a box; it is a package of which the fiberboard box is one component. By placing the ”4G” label or markings on cardboard box the person doing so is legally certifying that the entire package, not just the cardboard box, meets all of the provisions of the United Nations 4G standard. Accordingly, manufacturers of cardboard boxes should not and cannot stamp their boxes with the United Nations 4G markings. Doing so is an abject violation of The International Code for Air Transport (ICAO) technical Instructions.

4GV Packaging
Compliance with the United Nations recommendations for the transport of dangerous goods requires that combination packages are performance tested in the exact configuration of the finished package–this means that the cardboard box and all inner packaging including cushioning material must undergo testing in its final assembled configuration that will be used for transport purposes. This is a very difficult requirement that is not within the capabilities of all cardboard box manufacturers. However, variation packaging, which is packaged using inner packaging, such as bottles, cans, jars, and smaller plastic containers is allowed by using a cardboard box that meets the United Nation’s specifications and the ISTA requirements for a broad number of inner shipping containers. This packaging carries labeling marks designated “4GV.”

This designation means that a national competent authority to meet the containment function in conformance with United Nation’s specifications has certified the packaging. This certification means that the packaging is fit for use in the transportation of dangerous goods.

Even though the packaging designated 4GV is certified for carrying dangerous goods it serves to alert everyone involved in the shipping process that the cardboard container is carrying material that potentially harmful and that care must be given and handling of this cargo no matter what type of transport is being used to get the package to the end-user. 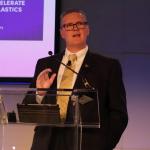 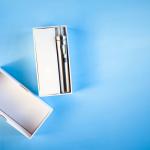 An Introduction to Exquisite Vape Cartridge and Its Packaging 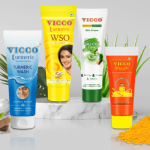