These bottles will be made from 50% post-consumer recycled (PCR) plastic and will use 100% biodegradable actives in their formulation.

This move came after HUL saw a rise in the plastic footprint of its brand Surf Excel Matic Liquid, which was launched in 2016.

As part of the initiative, HUL has partnered with Banyan Nation to reduce the net plastic generated and create bottles that are less dependent on virgin plastic.

As part of the initiative, HUL has partnered with Banyan Nation to reduce the net plastic generated and create bottles that are less dependent on virgin plastic.

The brand has stated that it will cross an annual consumption of 900 tonnes of recycled plastic by the end of this year.

In addition to this, HUL has also set up a refill machine at a store in Mumbai to showcase its commitment to no-plastic innovations.

Prabha Narasimhan, executive director and vice president, home care, Hindustan Unilever, said, “Every decision we make is evaluated, not just on its benefit to the consumers but also on its impact on the environment, now and in the long term, to ensure what is best for the consumer is also good for the larger world we inhabit. Why should the consumer be forced to make a choice between the two?”

Sanjiv Mehta, chairman and MD, Hindustan Unilever, said, “All innovations have a scorecard on various parameters and its positive impact on our clean future agenda is a key criterion to meet for it to move ahead in the organisation’s innovation funnel. If we don’t set higher standards for ourselves, we will not be able to meet the needs of future generations. We take great pride in innovating to meet the consumers’ needs, some of these aren’t critical for the present but are key for the future. This innovation is yet another step in that direction.”

Mani Kishore Vajipeyajula, CEO and co-founder of Banyan Nation, added, “Banyan Nation’s mission is to ensure that the use of safe and high-quality recycled plastic becomes the norm in mainstream consumer products and packaging. HUL’s alignment with our mission and unwavering commitment to sustainability has resulted in over 100 million bottles being made from Banyan Nation’s recycled granules and made available to consumers across India.” 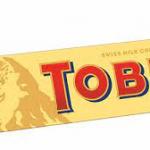 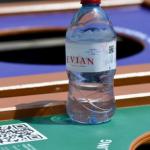